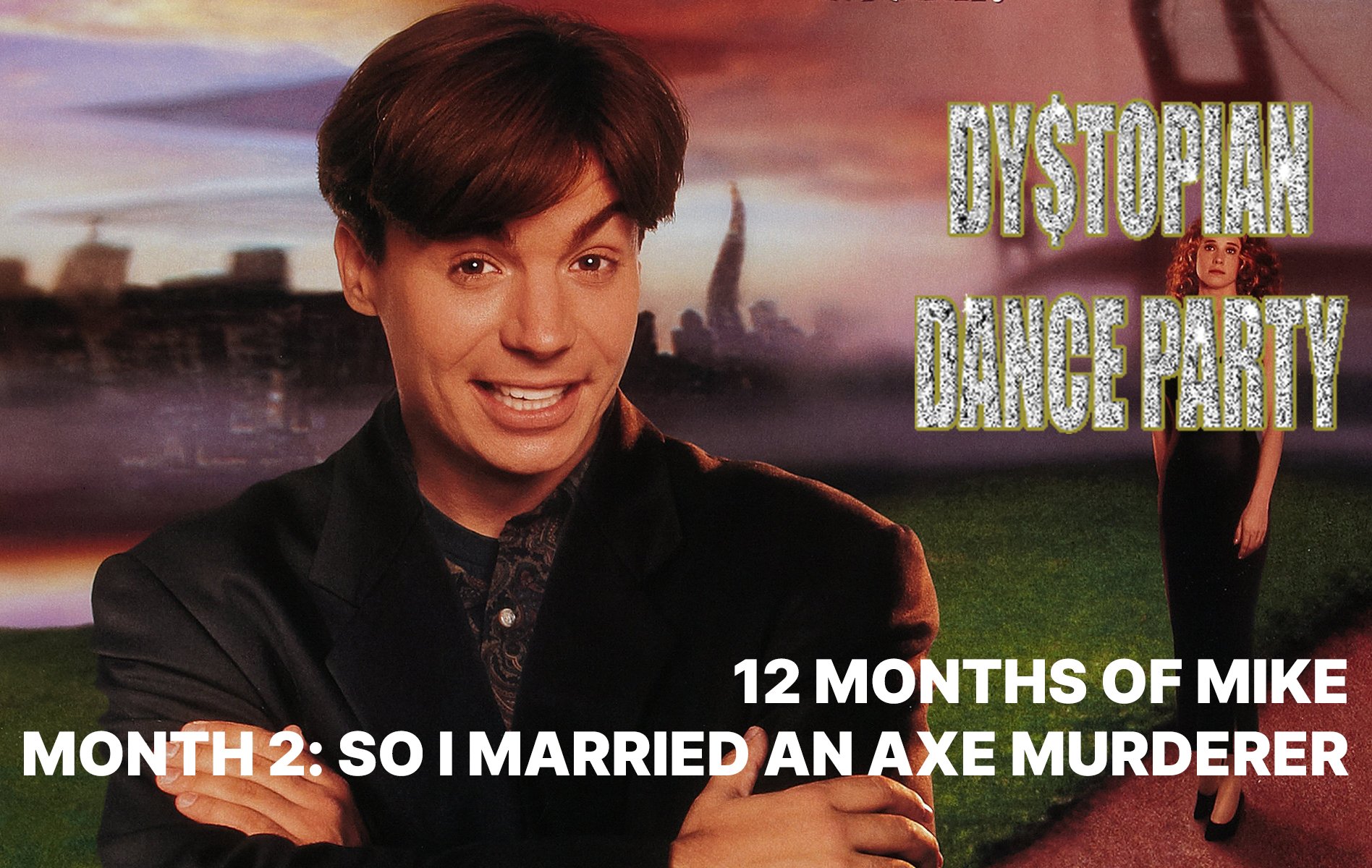 Well, we’re only two months into our year-long foray into the cinematic oeuvre of Mike Myers, and we’re already starting to regret it. 1993’s So I Married an Axe Murderer is, we take no pleasure in reporting, a thoroughly mediocre film that also has the nerve to subject us to way too many shots of Myers’ unclothed lower body. Let us know what you think in the blog comments or on social media, and join us next month for a much better Mike Myers movie from 1993, Wayne’s World 2.

00:40:20 The Third and Most Puzzling Appearance of Charlie’s “Hello!” Catch Phrase

00:41:42 Probably the Most Famous Catch Phrase in So I Married an Axe Murderer