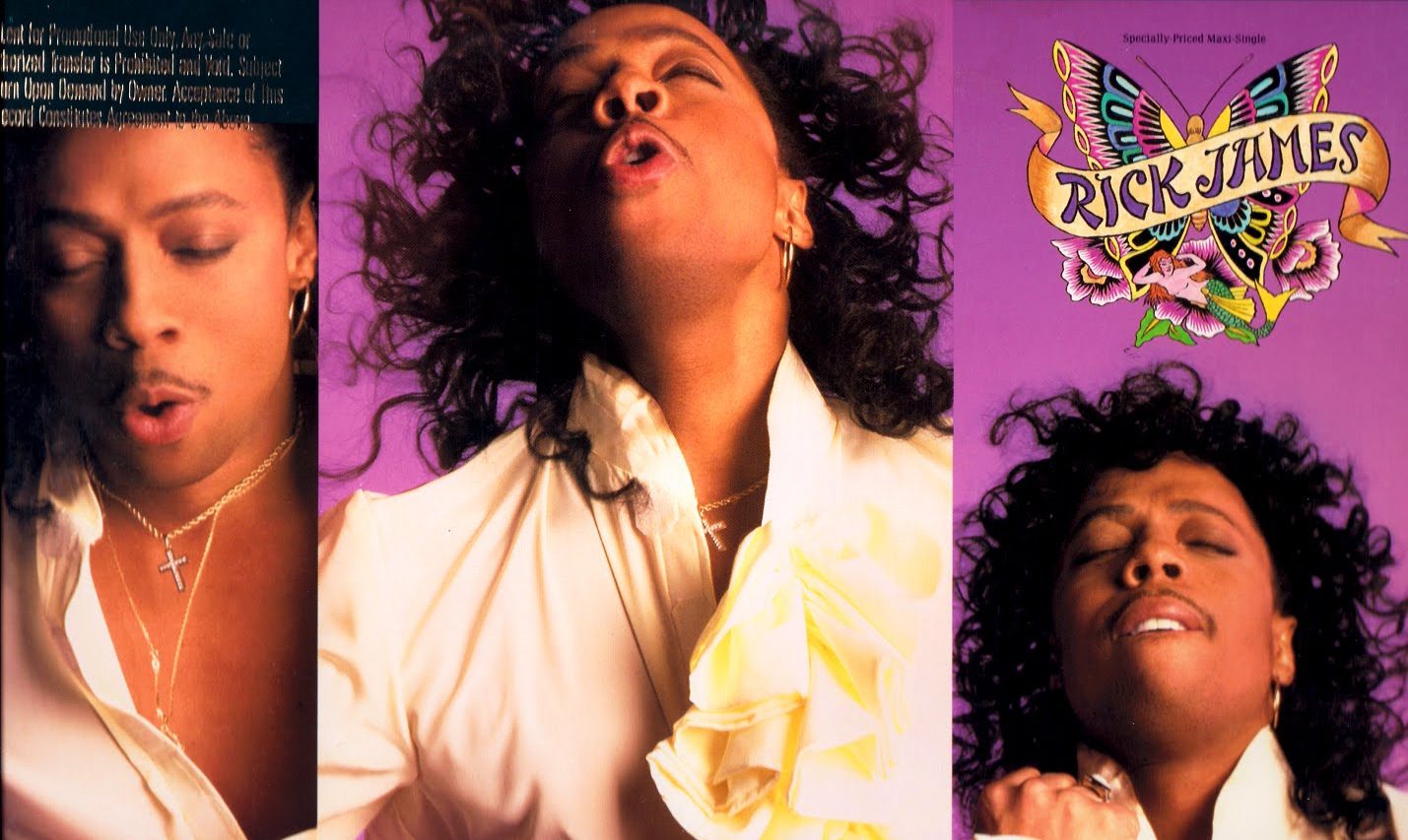 It didn’t take a stroke of genius to come up with the idea for this year’s Jheri Curl June podcast. Rick James may be the most important architect of the genre we call Jheri Curl Music who we hadn’t already commemorated with a long-term feature. He also has a hell of a story: one he told in not one, but two posthumous memoirs–2007’s Confessions of Rick James: Memoirs of a Superfreak and 2014’s Glow–which makes him a perfect candidate for the Dystopian Book Club. A “habitual line-stepper” in both life and art, James was vital in bridging the gap between 1970s P-Funk and 1980s Jheri Curl; his later decline into drug addiction and imprisonment was unfortunate, but could only somewhat dampen his boundless talent and charisma. So join us on this most sacred of occasions as we celebrate Mr. Cold Blooded himself: a man whose artistic potential was the only thing bigger than his larger-than-life personality and appetites. Gimme some ganja!

00:30:52   The Great White Cane: One Thing We Can Confirm Rick James is Telling the Truth About

01:15:16   An Amazing Album Cover: Just One of the Many Things Wonderful and Lovesexy Had in Common