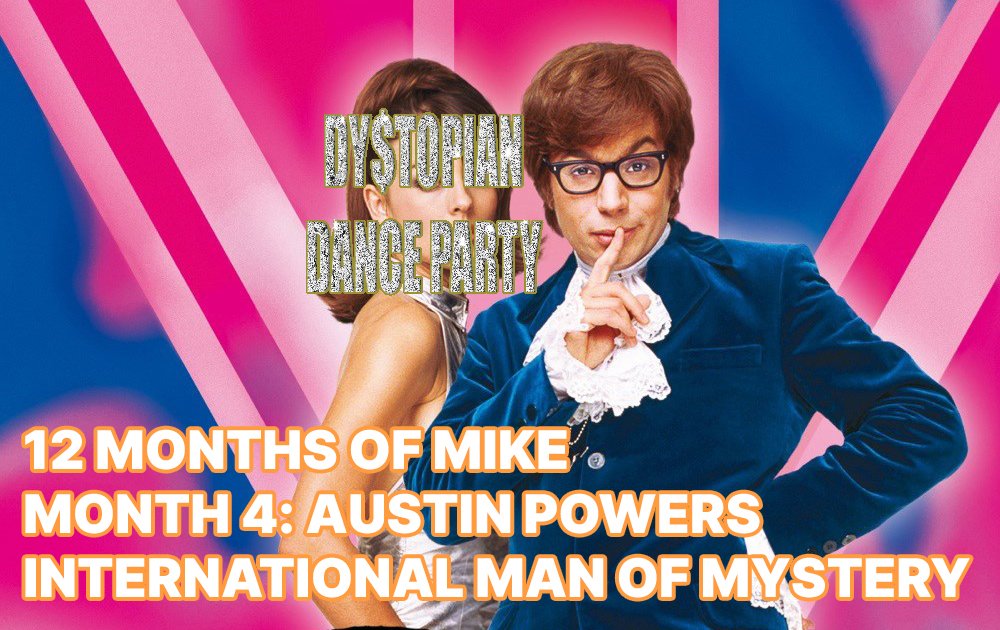 The bad news is, we’re a day late for Month 4 of our year-long deep dive into the cinematic oeuvre of Mike Myers; but the good news is, the movie we’re discussing may just be the best of the bunch. Austin Powers: International Man of Mystery holds up surprisingly well, and feels in retrospect like Myers’ peak as a singular creative voice. It’s all downhill from here, folks! We’ll be back later in January for what will likely be a much more sobering look at the 1999 sequel, The Spy Who Shagged Me; in the meantime, though, this is our happening, baby, and it freaks us out!

00:03:01 How We Remember Watching Austin Powers

00:06:26 The McFarlane Austin Powers Action Figure that Serves as Our Personal Metonym for the Series’ Decline

00:17:47 The Rolling Stone Cover Story in which Mike is Described as “The Marlon Brando of Comedy”

00:18:01 “The Look of Love” by Dusty Springfield with Herb Alpert & the Tijuana Brass (from the Casino Royale soundtrack, 1967)

00:47:59 The Mom-Punching Scene that Divided Zach and Callie

00:50:38 Basil Exposition Lives Up to His Name and Explains why Austin was Cryogenically Frozen

01:19:18 The Bone-Chilling Love Guru Foreshadowing in the Ming Tea Interludes

01:25:02 Austin Defeats the Fembots through “Cross-Mojonation”

01:26:47 The Fruit Basket Scene where Austin Just Fully Exposes Himself to Basil Exposition