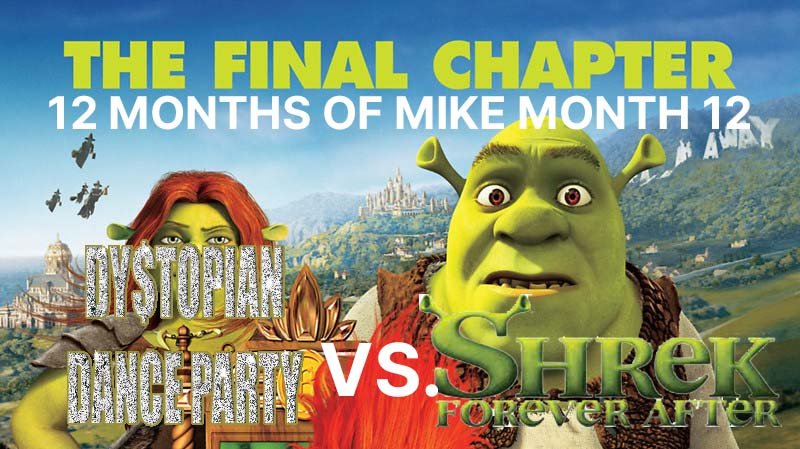 It might have taken us 14 months, but the long nightmare that was 12 Months of Mike is finally behind us–and, thanks to the final film in question (2010’s Shrek Forever After) it’s gone out with a whimper. Come hear why it took us two months to work up the enthusiasm for one last shrekquel… and, join us again in the new year for the long-awaited return of Dystopian Book Club with Stephen Davis’ Hammer of the Gods and Richard Cole’s Stairway to Heaven: Led Zeppelin Uncensored!

00:01:46 Shoutout to Mike Check with Cameron James & Alexei Toliopoulos, which You Probably Should Have Listened to Instead of This

00:12:09 Basically the Marketing for Shrek Forever After

00:16:15 Our Shrek the Third Podcast was Almost as Phoned In as the Last Two Movies

00:17:48 Just Watch the Beginning of this Scene and Try to Tell Me the Ogres Didn’t Fuck the Night Before