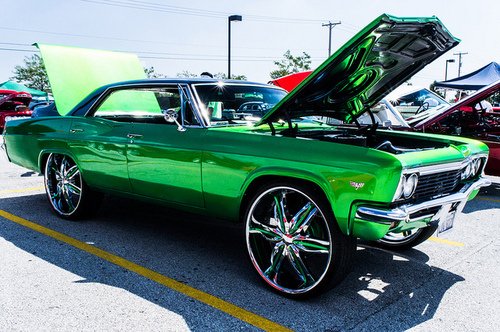 If you’re a regular Jheri Curl June reader, then you should already know that the first week of June holds special signifance in jheri curl music history. As we noted back in our very first Jheri Curl June Special of 2014, Prince’s birthday falls at the end of the week, on June 7. Just a day earlier, there’s also the birthday of megaproducer and Prince’s fellow Minneapolitan, James “Jimmy Jam” Harris III: the subject, with musical life partner Terry Lewis, of our 2015 JCJ Special. And if all that wasn’t enough, on the very same date as Prince, another Midwestern Jheri Curl architect was born in 1956: Cincinnati, Ohio’s own Antonio “L.A.” Reid.

With all due respect to Mr. Reid–who, in my defense, has so much money that I sincerely doubt he cares–there’s a reason why we waited three years to enshrine him in the Jheri Curl June Hall of Fame. If, as I suggested last year, Prince was Jheri Curl’s principal architect and Jam and Lewis its most successful engineers, then Reid and his longtime colleague Kenneth “Babyface” Edmonds were more like JCM’s property developers, building on the blueprints of the Minneapolis Sound to considerable success without ever really innovating on the formula. When we think about L.A. and Babyface, we think about…well, LaFace, a label synonymous with early ’90s R&B. Their achievements in the previous decade were decidedly more modest.

But that doesn’t mean they weren’t, in their own way, important. Dystopian Dance Party has love for Reid’s and Edmonds’ early band the Deele, and last year we highlighted one of the pair’s late-era jheri curl productions, “Rock Steady” by the Whispers. There’s plenty of room in pop music for songs that refine and iterate on existing formulas, rather than reinventing the wheel; this is especially true in jheri curl music, a genre that existed pretty much exclusively as a vehicle for up-and-coming artists to bite from Prince and Michael Jackson. This, then, is our tribute to L.A. Reid: maybe not the most innovative of artists, but a shrewd businessman, a talented musician, and a gifted producer and songwriter who could, let’s not forget, buy and sell all of us in a second.

Reid got his start in the music industry as a drummer, playing with local Cincinnati funk group Essence (originally “Pure Essence”) in the late 1970s and early 1980s. By 1982, Essence had dissolved, but Reid, bassist Kevin “Kayo” Roberson, and guitarist Steve “Tuck” Walters soon formed a new band out of its ashes: the immaculately jheri-curled sextet the Deele. Their first album, Street Beat

, came out on quintessential JCM imprint SOLAR Records in 1983, with production handled by Midnight Star‘s Reggie Calloway (a name that should be very familiar to Jheri Curl June fans). Though Reid’s touch as a producer is absent from the record, he did co-write three of the songs: breakthrough hit “Body Talk” and album cuts “Sexy Love” and “Crazy Bout’cha.” The former two, with their percussive, electro-tinged grooves, owe a clear debt to Reid’s skills as a drummer; while the latter, a Prince-inspired ballad with four-part harmonies by singers Carlos “Satin” Greene, Darnell “Dee” Bristol, Stanley “Stick” Burke, and “Kenny” Edmonds, clearly foreshadows the solo work L.A. would do with Babyface later in the decade.

For the Deele’s 1985 followup album, Reid both grew out his jheri curl and took over production duties, to great effect on both counts (see featured image above). To be honest, the sound of Material Thangz

isn’t all that radically different from its predecessor–though L.A. does add some campy, cinematic touches to the rock-infused single “Suspicious,” which opens with ominous synthesizers and a police dispatcher’s report about a “suspicious female” on the loose. Otherwise, Material Thangz‘ title track is a straightforward return to the same manic electro-funk as the previous album’s “Sexy Love,” while the Edmonds-written “Sweet November” is an even clearer indication of the quiet storm-informed sound he and Reid would pursue to solo success.

By 1987, Reid and Edmonds had established themselves as reliable house producers for SOLAR with their own production company, Deelesongz, Inc. They had two songs on Shalamar‘s Circumstantial Evidence

: the title track and “Playthang,” both of which sound like Deele songs in all but name–and they pretty much are, as the session musicians on the album included L.A., Babyface, and Deele bassist Kayo. The same basic cohort also provided the backing tracks for the “Deelesongz” on the Whispers’ Just Gets Better with Time

, including the aforementioned “Rock Steady” and opening track “I Want You,” as well as  “Tell Me (Do You Want My Love)” from Out of Control

Despite the success of their side hustle, L.A. and Babyface reconvened with the rest of the Deele for one last joint effort in 1987: their best-selling album to date, Eyes of a Stranger

. The big hit was “Two Occasions,” a vintage Babyface ballad with a music video capturing the band at absolute peak jheri curl (or nadir, depending on your perspective). But Reid’s influence was more evident on the faster-paced tracks, like lead single “Can-U-Dance” and “Hip Chic,” another electro-funk workout with an extended coda that shouts out a litany of era-appropriate “hip chicks” including Apollonia, Lisa Lisa, Tina Turner, and Vanity.

Eyes of a Stranger was a solid sendoff for the Deele, but it was clear that Reid and Edmonds in particular were heading for greener pastures. Later in 1987, under the auspices of their new company LaFace Productions, the pair produced “Girlfriend,” a freestyle-flavored hit single for Reid’s real-life girlfriend (and later wife of seven years) Perri “Pebbles” McKissack. The following year, they co-produced six of the eleven tracks on Bobby Brown‘s smash solo debut Don’t Be Cruel

: a move that marked their official transition from jheri curl music to New Jack Swing, and from androgynous R&B also-rans to one of the most significant production duos of the 1990s.

These days, L.A. Reid is chairman and CEO of Epic Records; his earlier leadership roles, at labels from LaFace to Arista and Def Jam, helped launch the careers of artists as diverse as Avril Lavigne, Pink, Usher, Rihanna, Justin Bieber, and Meghan Trainor (look, nobody said it was all good). Without question, the pop music landscape of the last 30 years would look a lot different without Reid’s influence. But as crazy as it sounds, that L.A. Reid–the hitmaker, the industry vet, the former X Factor judge–isn’t the one that’s closest to our hearts. Our L.A. Reid was just another chubby, irascible-looking little guy from Ohio with a jheri curl, a tiny moustache, and a dream. So here’s to that guy, and to the four years of rock-solid jheri curl music he helped create. It may not be the first thing he’s remembered for, but it’s good enough for us.

Listen to the tracks discussed above, and the rest of our Jh3ri Curl Jun3 selections so far, in the Spotify and YouTube playlists below: