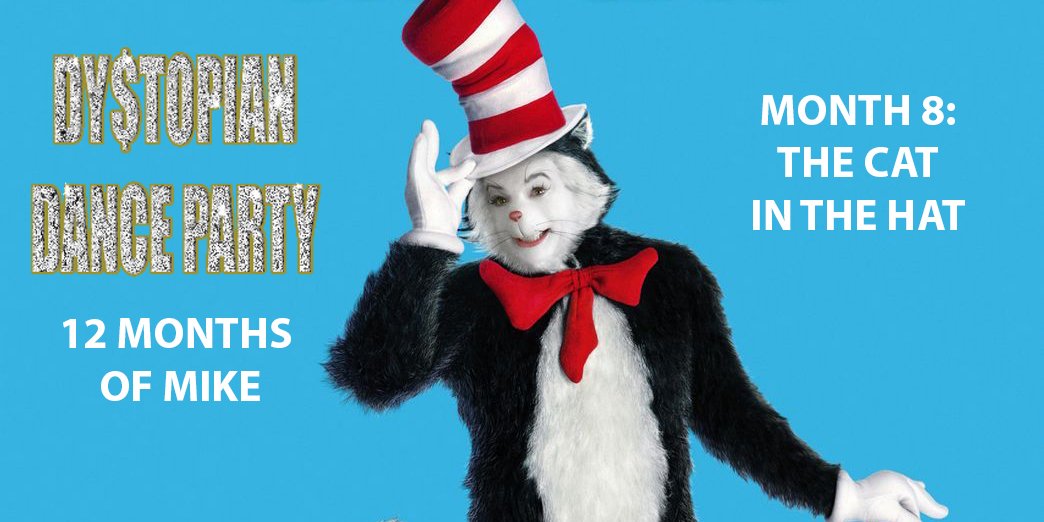 After eight months, we’ve finally reached the film that started this whole ridiculous project in the first place… and now, jokes on us, we still have to watch three more Shrek movies. Join us as we discuss The Cat in the Hat, the infamous film that ended live-action adaptations of Dr. Seuss books and Mike Myers‘ career as a movie star, all in one fell swoop. We’re so ex-ciii-ted!

00:28:25 The Scene of the Cat Getting a Full Hat and Tail Boner for a Picture of the Kids’ Mom that Mike Myers Bullied an Old Widow into Including in the Film

00:32:13 The Creepiest Thing Zach Ever Saw Related to Cat in the Hat

00:36:18 The Shoehorned “Hoe” Joke Mike Apparently Fought to Keep in the Movie

00:57:00 Yet Another Scene Where the Cat Almost Says Something Dirty

00:58:05 The Deeply Disturbing Scene Where the Cat Has a Human Ass

01:06:26 The Rave Scene, Shockingly Not the Wildest Tonal Shift in the Movie

01:09:25 The Cat’s Awkward Retread of the Product Placement Scene from Wayne’s World