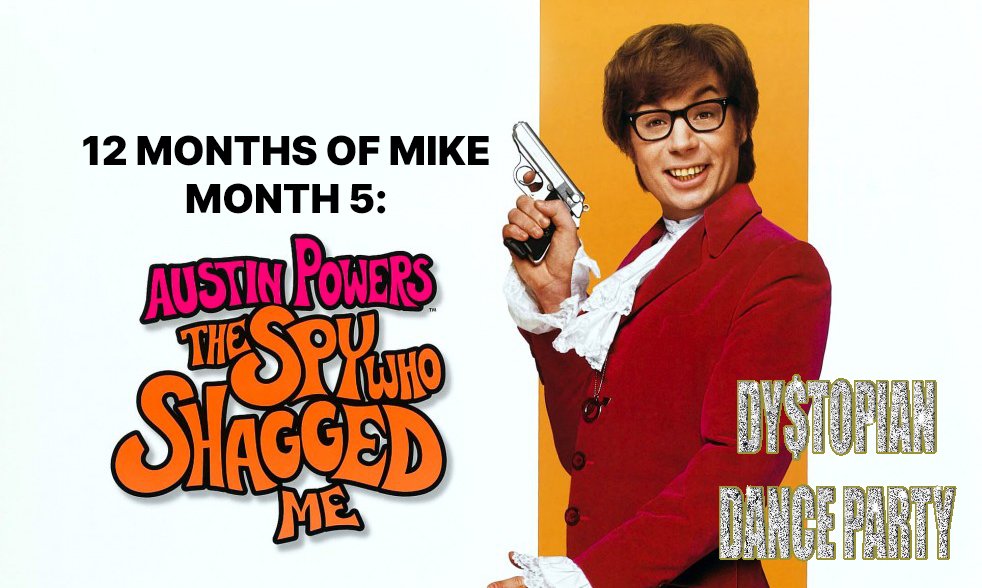 Well, folks, we watched the second Austin Powers movie and lived to talk about it. Join us as we discuss infuriating anachronisms, the decline of Mike Myers’ side characters, and of course, the “Urkelization” of Dr. Evil. And then join us next month as we examine the first of… Jesus Christ, are we really watching four Shrek movies?!?!

00:14:06 The Independent: “‘Groovy, baby!’: How Austin Powers: The Spy Who Shagged Me became the greatest comedy sequel of all time”

00:22:43 The Star Wars-Referencing Teaser Trailer for The Spy Who Shagged Me

00:29:29 The Similarly Abrupt Wife-Killing Scene in On Her Majesty’s Secret Service

00:32:38 Austin Powers Uses Robin Swallows (Gia Carides) as a Human Shield Repeatedly in The Spy Who Shagged Me

00:53:54 Austin Powers in a Heineken Commercial

01:11:59 Probably the Best Original Gag in The Spy Who Shagged Me (By Default)

One thought on “12 Months of Mike Month 5: Austin Powers – The Spy Who Shagged Me”