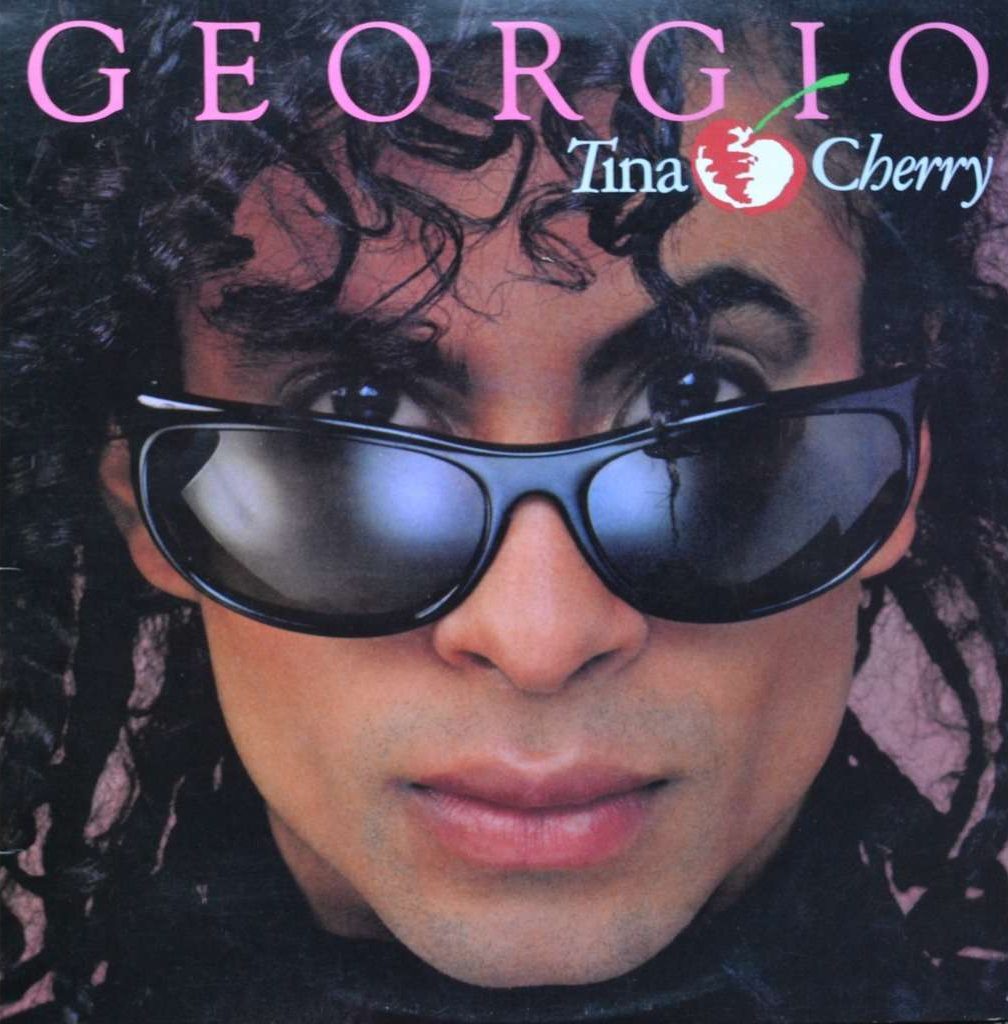 Every year there’s at least one artist who I eagerly anticipate writing about for Jheri Curl June. This year, without question, that artist is Georgio. I already told the story on our latest podcast about the first time I encountered Georgio, flipping through the racks at my local record store (shout out to Purple Narwhal Records in Rockville, Maryland). I took one look at the sculpted cheekbones and tastefully-applied makeup on the cover of his 12″ single “Tina Cherry,” and somehow I knew that this would be my JCJ discovery of 2018. I promptly picked up not only “Tina Cherry,” but the whole stack of Georgio records, and took them to the counter.

Since then, I’ve made it a habit of picking up whatever Georgio I can find at the record store–I got a copy of “Lover’s Lane,” another single from his 1987 debut, from Electric Fetus in Minneapolis this April. The thing about Georgio I should establish at this point is that his music isn’t great. It’s perfectly competent, on the club/house-ier side of the late-decade JCM spectrum, but there’s a reason why it’s usually priced so cheap that I can routinely afford to walk out with a stack of five or six of his records. My affection for Georgio has a lot to do with my conviction that the best Jheri Curl Music, or at least the most characteristic, is often the most mediocre. It also has to do with the tragicomic history of the man himself, Georgio Allentini.

There’s some scant information about Georgio floating around on the Internet, but the best by far is his bio on Discogs, which details his failed attempt to land a deal on Prince’s Paisley Park Records and the independent release of his debut single, “Sexappeal,” on his own label–named, naturally, Georgio Records. “Sexappeal” was picked up by Motown (not exactly the “Sound of Young America” in 1987), where Georgio got some minor chart action with “Sexappeal” and “Tina Cherry” and released another, self-titled album in 1988. You’ve probably surmised by now that Georgio had a bit of an ego, and while I can’t verify this statement, I love it so much that I’ll quote it in full from the aforementioned Discogs page: “Perhaps he could have been bigger if it hadn’t been for his somewhat hypertrophied [sic] and tiring ego, which leaded [sic] him to repeatedly claim he was a genius and criticize Michael Jackson and… Prince.”

I think, ultimately, it’s this Terence Trent D’Arbyian tale of pride coming before a fall that is the root of my affection for Georgio. There’s something both hilarious and touching about an artist who was, at best, a Grade-B Jermaine Stewart, trying to take on the biggest crossover stars of the ’80s and ending up writing and co-starring in a 2003 film with Coolio (this is real, look it up). To be honest, I’d much rather see a movie about the life that led to those circumstances; I imagine it like a jheri-curled version of The Wrestler.

But let’s remember Georgio in happier days: when he was still young, frequently shirtless, and full of fire, ready to topple Prince with his budget version of the Minneapolis Sound. “Tina Cherry” was Georgio’s most successful single (and, not coincidentally, the only one currently streaming on Spotify), distinguished by its orchestra-hit-heavy late-JCM arrangement, a hook that plagiarizes “Car Wash” by Rose Royce, and a music video in which Georgio appears as a sassy, effeminate older brother while his kid sister’s horny friends watch him play multiple instruments through his bedroom window. Also, he rides on a tandem bicycle with a woman and plays a guitar solo in a vintage car while she’s driving. So basically what I’m saying is, Georgio really was a genius all along.

You can hear “Tina Cherry,” and the rest of our Jheri Curl June picks so far, on the Spotify and YouTube playlists below. You can also read the review of Georgio’s self-titled sophomore album which I wrote for Spectrum Culture back in April. Next week, Callie will be taking the reigns for a full week of woman-fronted Jheri Curl Music. See you then!