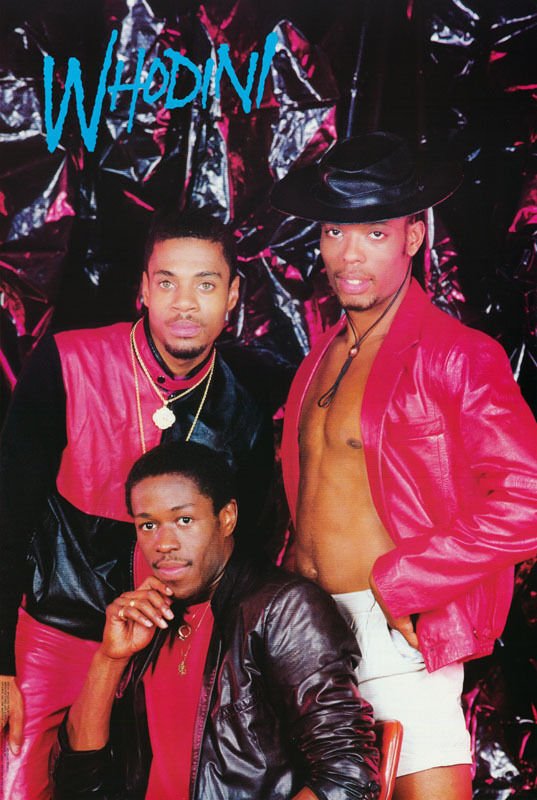 Whodini now lives in the hallowed halls of the proverbial Jheri Curl Hall of Fame, in the same wing as the Egyptian Lover and the Jonzun Crew, with Ecstasy’s signature Zorro hat and tiny shorts on display right next to the Egyptian Lover’s leather suit and everyone’s fingerless gloves.

We’ll be back tomorrow with more Late Era Jheri Curl Music; in the meantime, our Spotify and YouTube playlists are below.