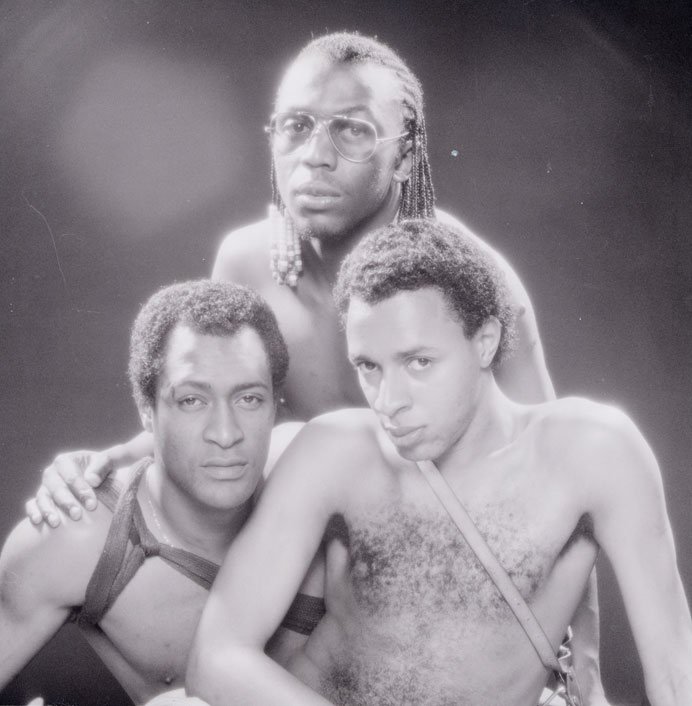 As we mentioned in our Jheri Curl June 2K18 podcast, one of our favorite activities here in the Dystopian Dance Party universe is digging in the crates for Jheri Curl Music; and the British JCM group Imagination is my favorite discovery since the Deele.

I picked up their first album, 1981’s Body Talk, solely because of the album cover, which features the trio posed around a white piano, wearing garters and gladiator sandals, in a room shrouded in dry ice smoke.

But the visuals only get better as moving images. Holy fucking shit. Imagination has some of the greatest music videos of the 1980s, and “Just an Illusion,” from their 1982 sophomore album In the Heat of the Night, is a masterpiece of camp, the likes of which give the Egyptian Lover’s “Freak-a-Holic” video a run for its money.

Destiny’s Child would later interpolate “Just an Illusion” with Geto Boys’ “Mind Playing Tricks on Me” on their debut album, but it’s the Jheri Curl original that’s closest to my heart. Listen to it, and the rest of this year’s JCJ mix so far, on the Spotify and YouTube playlists below. We’ll be back tomorrow!