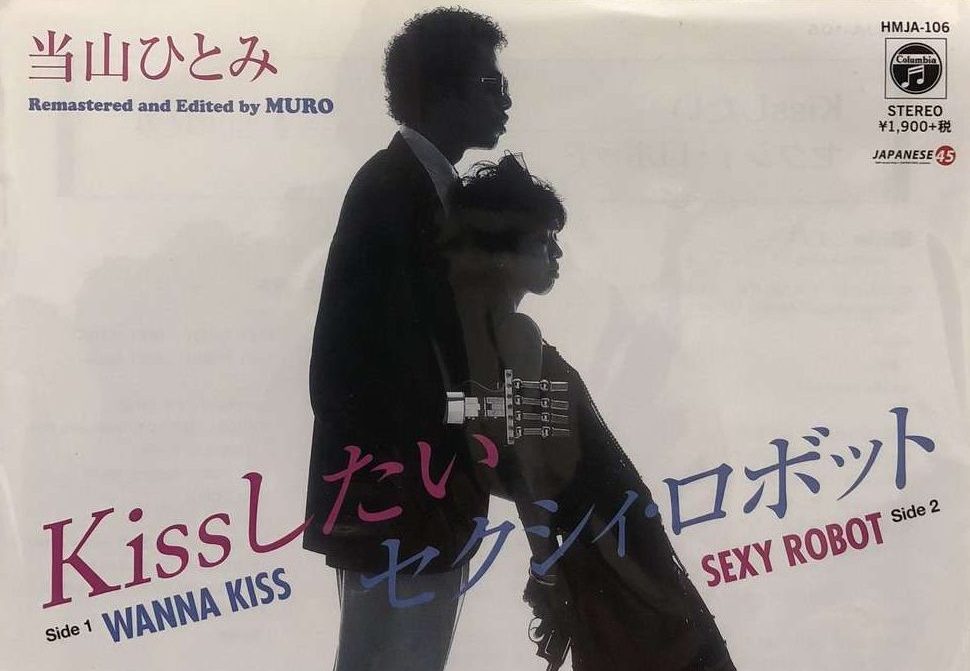 Every year for Jheri Curl June, we go a little further out into the roots and branches of the genre. This year, I thought it might be interesting to take a look at some of the more far-flung examples of Jheri Curl Music from around the world: International Jheri Curl, if you will. One such example is “City Pop,” a loosely-defined subgenre of Western-influenced pop music that came to prominence during Japan’s economic boom of the 1970s and ’80s. Not all City Pop is Jheri Curl Music; the Japanese genre covers a wide swathe of styles, from AOR and soft rock to smooth jazz, synthpop, and disco. But some of it is so funky, you’d swear you were listening to an obscure New York boogie group.

That’s certainly the case for 1983’s “Wanna Kiss” by Hitomi Tohyama. Opening with a bassline “borrowed” from Queen’s “Another One Bites the Dust” and a chanted vocal hook straight out of the Chic playbook, it’s as funky as music for upwardly mobile Tokyoites gets; and Tohyama’s mannered J-pop vocals add a hint of umami to those sweet, juicy JCM keyboards. And yes, before you ask, the song’s B-side “Sexy Robot” also slaps.

We have some more International JCM lined up in the coming weeks; in the meantime, enjoy our ever-diversifying YouTube and Spotify playlists below!