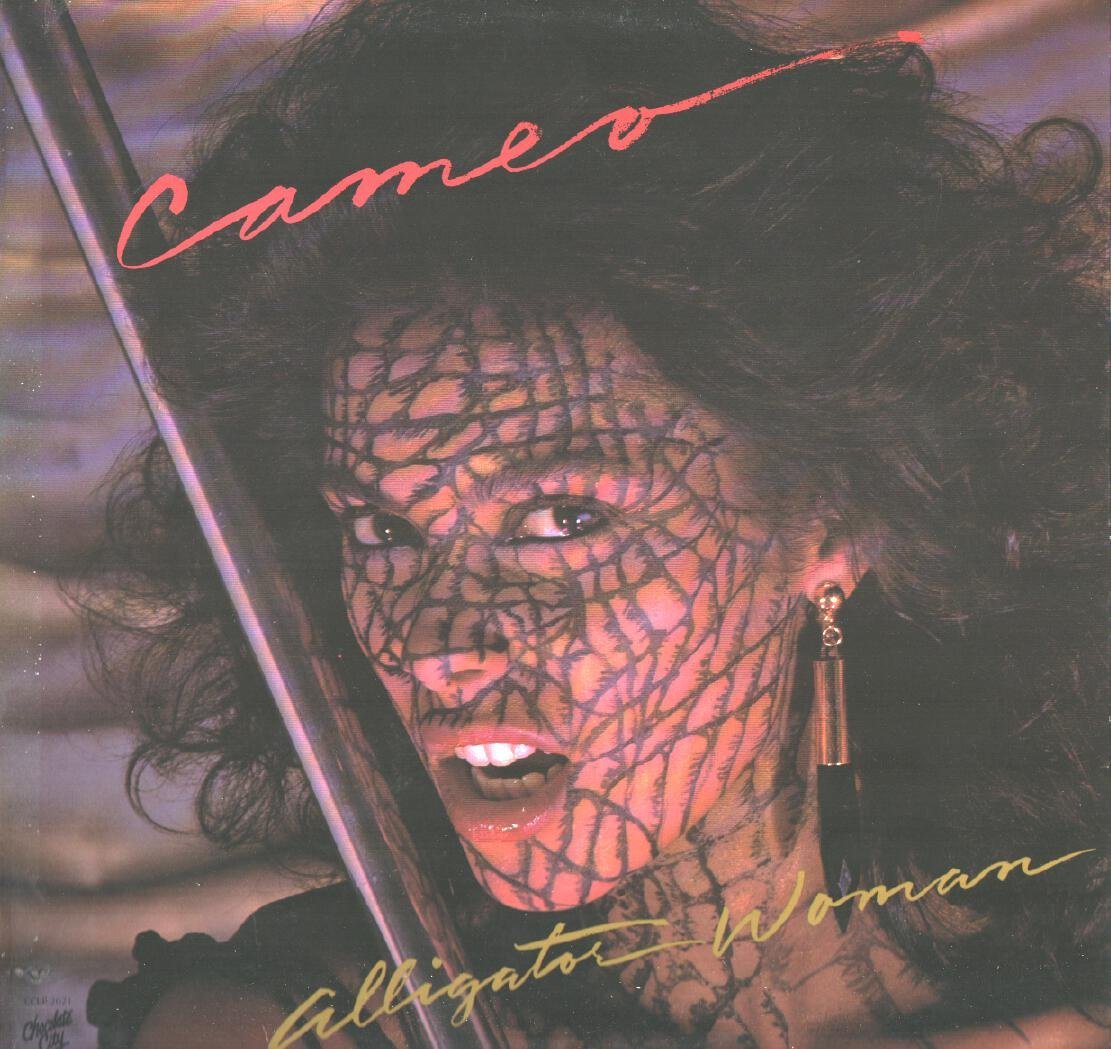 It’s a testament to the depth and breadth of Jheri Curl Music that in five Jheri Curl Junes, only two bands have been featured repeatedly: Slave (with 2015’s “Watching You” and 2017’s “Turn You Out”) and the Gap Band (who kicked off 2015 with “You Dropped a Bomb on Me,” followed by last year’s “Disrespect”). This year, for our sixth Jheri Curl June, we’re bequeathing that honor on a third group: Cameo, whose 1986 jam “Candy” was part of the very first JCJ way back in 2014.

My pick for this year comes from earlier in the group’s career, but is even more of an essential Jheri Curl cut. “Flirt,” from Cameo’s 1982 album Alligator Woman, has it all: futuristic synths, a funky groove that splits the difference between P-Funk and the Minneapolis Sound, and a music video (above) that is roughly equal parts synchronized dance moves and leering closeups of models’ butts and cleavage. And speaking of leering, you’ll probably recognize the young lady from the Alligator Woman album cover: that’s none other than Denise Matthews, a.k.a. Vanity, star of the 1985 Jheri Curl Cinema classic The Last Dragon.

We’re halfway through our first week of Jheri Curl June VIbe and just getting started! Click through for YouTube and Spotify playlists, and see you tomorrow.