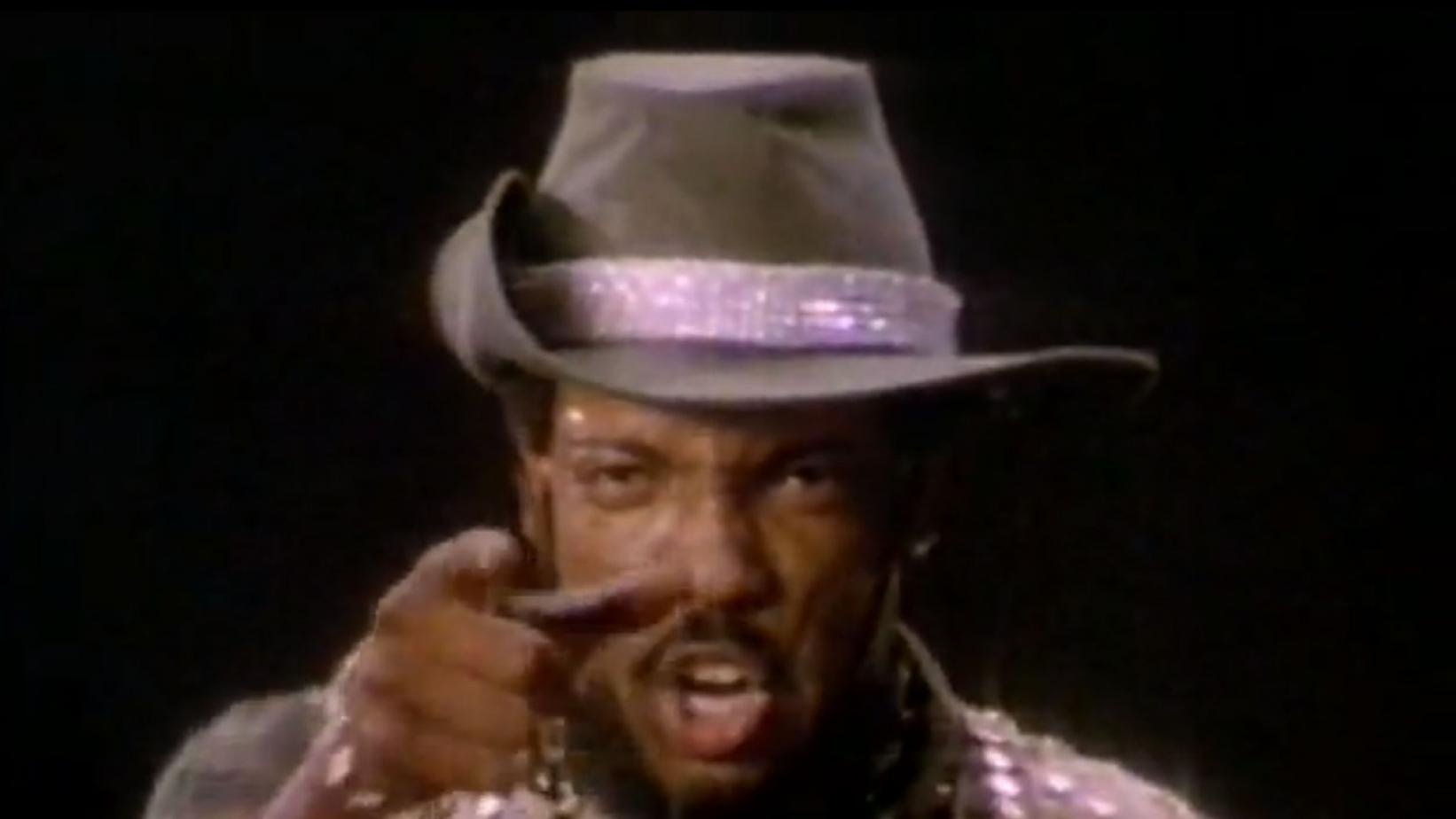 Last Thursday, June 7, would have been Prince’s 60th birthday had he: a) not passed away in April 2016, and b) believed in concepts as prosaic as “birthdays” and “years.” Last week also happened to mark the underwhelming conclusion of the beef between rappers Pusha T and Drake, which just a few short weeks ago felt like the only thing anyone on the Internet was talking about. So, I thought, why not make today’s Jheri Curl June post a diss track about Prince?

Released on Gap Band VI (actually, confusingly, the eighth album by Tulsa, Oklahoma’s Gap Band) in December 1984, there’s nothing about “Disrespect” that directly implicates Prince–except, of course, for the sound, which pairs Minneapolis-style sustained synth chords and a “Controversy”-esque bassline with call and response right out of the P-Funk playbook. The lyrics, by Gap Band frontman Charlie Wilson, are aggrieved but non-specific, excoriating some unfortunate “sucka” who “had the chance” but “disrespected” him.

It’s only when you see the animated music video, starring a diminutive, purple-haired dandy surrounded by hulking bodyguards, that the target of Uncle Charlie’s ire becomes clear. Legend (and prince.org) has it that a run-in with Prince in his post-Purple Rain ascendancy left a bad taste in the Gap Band’s mouths; supposedly, His Royal Badness refused to talk to them and had his real-life hulking bodyguards keep them away (which, to be fair, definitely sounds like the Prince we know). The video also makes sure to riff on the Purple One’s legendary refusal to appear on “We Are the World,” ending with the imp being convicted by a jury of his peers (including Michael Jackson, Tina Turner, Mick Jagger, Phil Collins, and uh, Rodney Dangerfield?) in a courtroom presided over by Judge Ronnie Wilson. The charge, we’re assuming, is multiple counts of disrespect. It’s not exactly “The Story of Adidon,” but it’s still pretty funny.