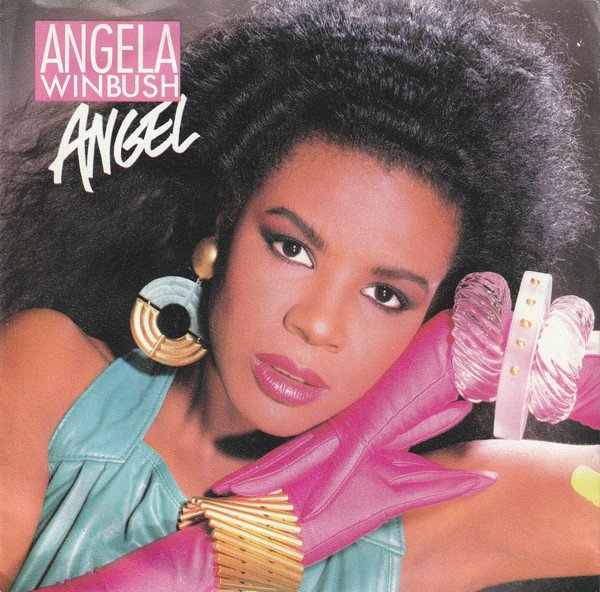 This year’s Jheri Curl June has leaned heavily into harder go-go beats and electro grooves. Sure, we had Atlantic Starr‘s grown and sexy “Love Me Down” at the beginning of the month, but after that it’s been back to back Jheri Jams. So, I felt it was again time to relax into something as silky smooth as the sheets that Angela Winbush rests on in the music video for her song “Angel.”

We previously spoke about Angela Winbush and her abusive working relationship while she was a part of René and Angela. On her first solo album, 1987’s Sharp, Angela really shines as a powerhouse vocalist and multi-instrumentalist. Her credits on this album include drum programming, keyboards, synthesizer, bass, and percussion.

Another fun thing of note is that on the vinyl release of Sharp, the A- and B-sides of the album were titled the “Slammin’ Side” and the “Quiet Storm” side, respectively. On our own playlist, we’ll probably return back to the Slammin’ Side tomorrow, but Angela Winbush’s “Angel” was a like a nice cooling summer rain on a hot day.

For now, check out our growing playlists below!