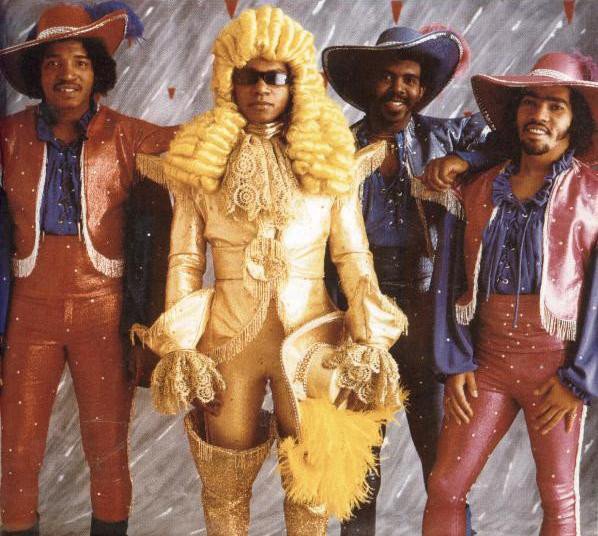 The Jonzun Crew’s 1983 debut album Lost in Space contains several electro staples, but more importantly for our purposes, it features the Jheri Jam (TM) “Space Cowboy.” All I have to say about this song is that it fuckin’ rules. Just listen to that silky synth and funky bassline. Marvel at Michael Jonzun’s glorious Jheri curl, shimmering in the light beneath his enormous white ten-gallon hat. Laurence Fishburne would rock a similar style three years later as Cowboy Curtis in Pee Wee’s Playhouse:

The whistling sound from The Good, the Bad & the Ugly that features prominently in “Space Cowboy” would also later be used by Cameo all over their Word Up! album. So, I don’t know what this connection with Western stuff and Jheri Curl Music is, but I’m all for it.

As always, Spotify and YouTube playlists are below. We’ll be back tomorrow to close out the week with another Jheri Jam (TM)… but it probably won’t have as much yodeling as today’s.