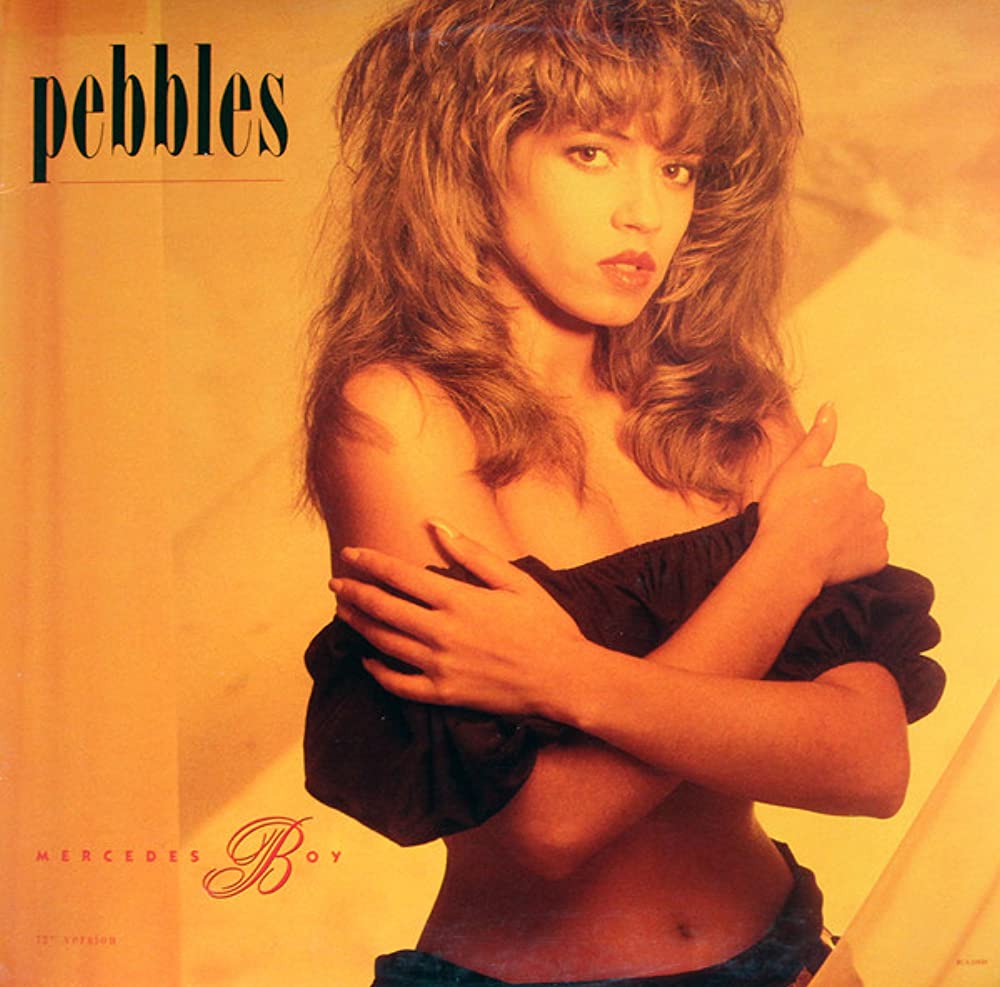 We’ve spoken briefly about Perri “Pebbles” Reid before, in the context of our 2016 profile of her ex-husband and producer, L.A. Reid, as well as our 2018 profile on André Cymone, who co-wrote her contribution to the Beverly Hills Cop II soundtrack, “Love/Hate.” But part of the point of Jheri Curl June Ladies’ Week is to give the women of Jheri Curl Music a chance to step out from their male producers’ shadows and get their own turn in the spotlight; and besides, Pebbles’ 1987 debut album–and the Number 1 R&B hit “Mercedes Boy” in particular–is just too damn good to ignore.

Written by Pebbles herself and co-produced with Charlie Wilson (yes, that Charlie Wilson), “Mercedes Boy” is vintage late-era JCM, with a freestyle-inspired programmed bassline and a positively dripping guitar solo. The music video, released in March of 1988, might try to fool us with its close-cropped male dancer; but we all know the hairstyle the boy of Pebbles’ dreams is really rocking, and let’s just say her Mercedes had better have some plastic headrest covers.

Sadly, that wraps up Ladies’ Week for this year; but Jheri Curl June still has a week and a half left to go! Until then, check out those growing Spotify and YouTube playlists below: