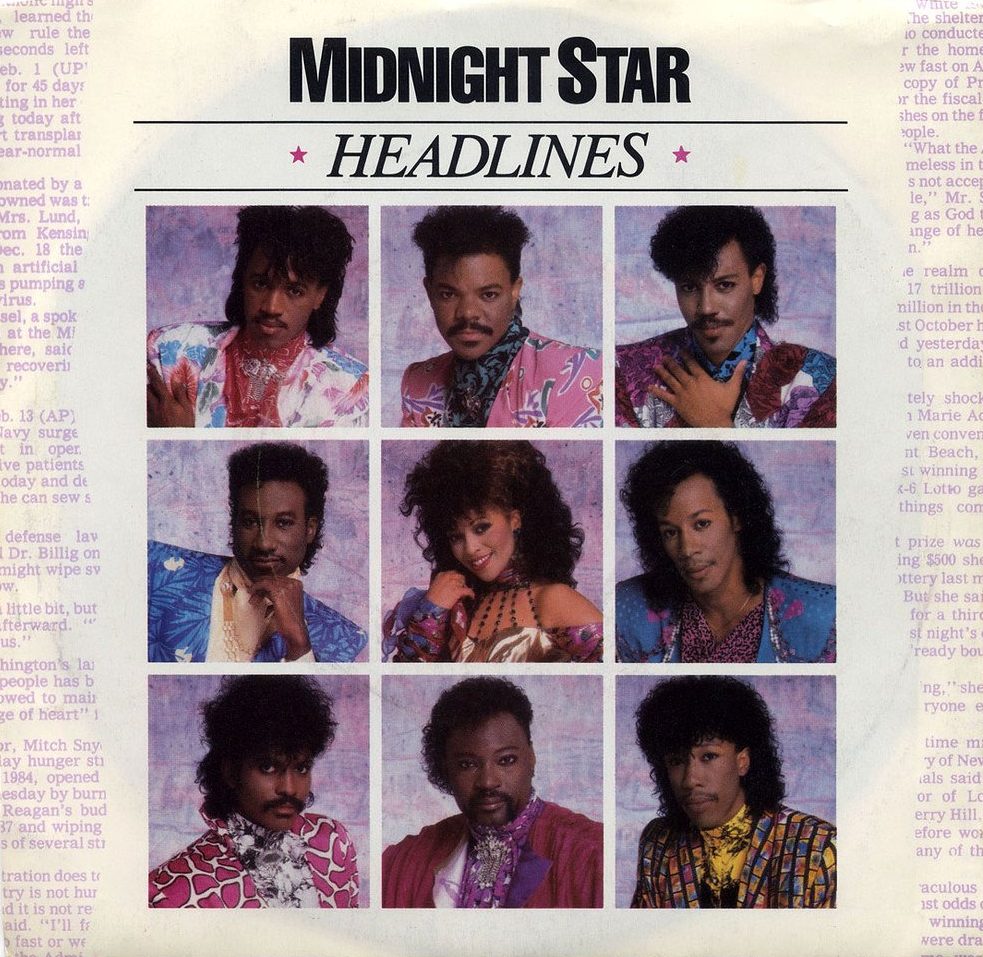 Over the years, we’ve talked a lot about how Jheri Curl Music evolved over the decade: taking on associated sounds like electro and freestyle, before finally being subsumed by the emergence of New Jack Swing. On the other hand, there’s Midnight Star, who continued to plow more or less the same furrow throughout the whole Jheri Curl era: from their breakthrough in 1983 until the departure of creative nucleus, brothers Reggie and Vincent Calloway, three years later. Listen to 1983’s No Parking on the Dance Floor back to back with 1986’s Headlines and you’d be forgiven for thinking they were recorded during the same sessions: pretty much the only thing that changed, in fact, were the group’s actual J.C.’s, which had blossomed from the relatively modest coiffures of the former to the baroque salon lookbook lineup of the latter.

But hey, if it ain’t broke, don’t fix it; and the title track of Headlines shows that, if nothing else, Midnight Star’s signature sound was still good for a decent groove. If we’ve heard these tricks before–right down to Vincent’s Vocodered rap, which sounds copied and pasted from the No Parking club hit “Freak-A-Zoid“–it’s only because they proved so effective the first time around. Just one word of advice: while “Headlines” hardly necessitates a 12″ mix–the damn album track is already almost eight and a half minutes long–it’s still my preferred version, if only because it contains the hilarious breakdown where singer Melvin Gentry demands we “take a memo” and then spends the next 45 seconds rapping the words “type” and “backspace.” Also, Reggie plays a flute solo. Who knew journalism could be so funky?

We’ll be back tomorrow with more latter-day Jheri Jams. Meanwhile, check out our growing playlists below!