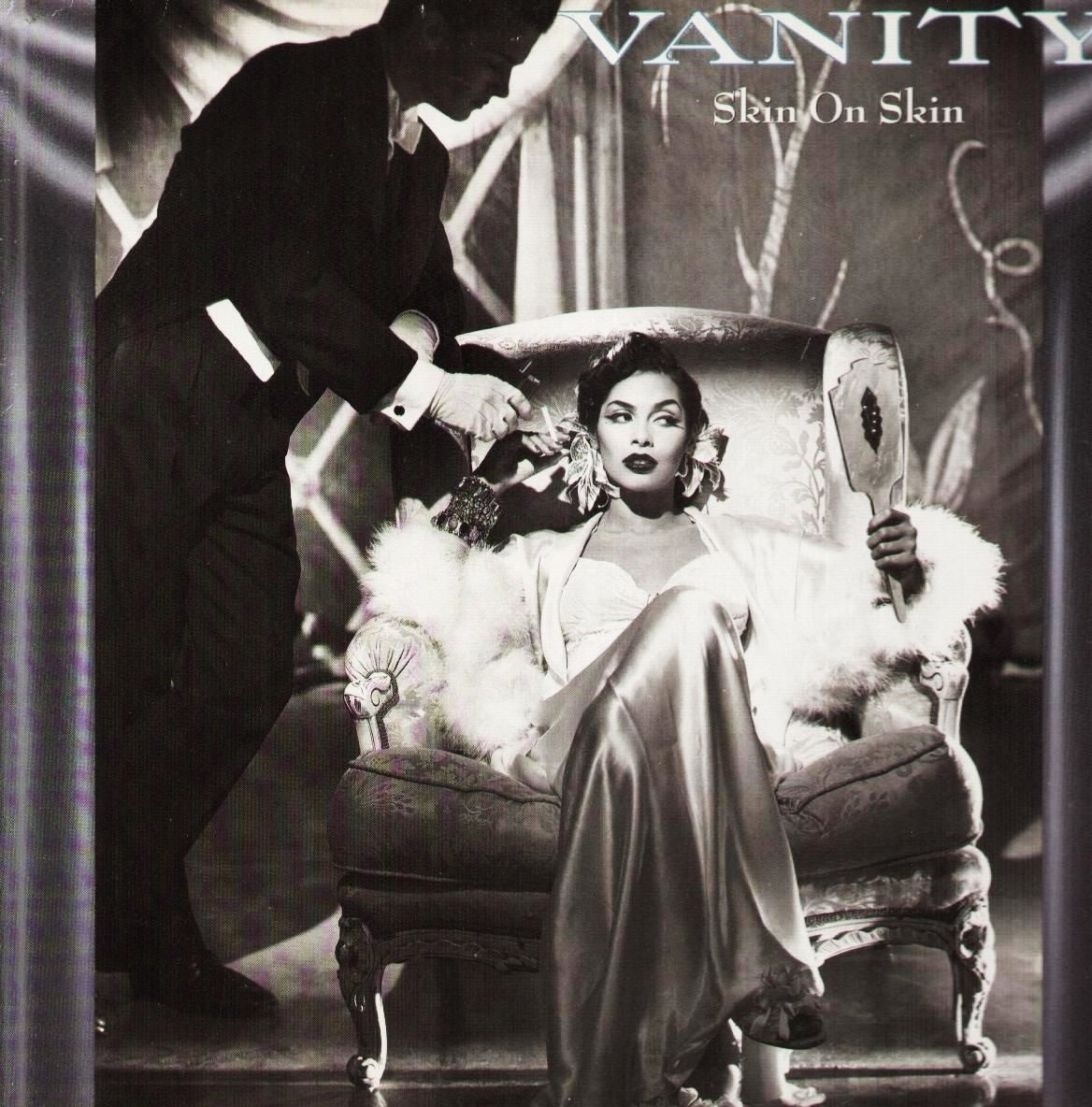 I’ve been sitting on this song for the last seven years holding out to see if maybe, just maybe, Vanity’s music would appear on streaming services and we could add it to the Spotify playlist. Unsurprisingly–and, like Eddy Grant‘s absolute fuckin banger “Electric Avenue,” with which we kicked off the festivities this year–that doesn’t seem likely anytime soon. So, I’m finally including Vanity in Jheri Curl June Ladies’ Week (although we did mention her back in 2015 in our Jheri Curl Cinema writeup on The Last Dragon).

“Under the Influence” is my favorite Vanity song. Granted, it was written by Motown songwriters, which is probably why it’s, uh, better than most of her solo stuff (although I love the entire Wild Animal album as well, and will die defending it). Vanity looks stunning in the video, flipping between a glamorous white ’20s-inspired look shot in black and white and some bizarre lacy number with a scarf, two different-colored knee-high boots, and what looks like the pirate hat that I got from the Pirates of the Caribbean gift shop at Disney World back in 2007. Who else BUT Vanity could look that good wearing that stupid outfit and rolling around on the stairs of an opulent hotel entranceway?

We’ll be back with our final day of Ladies’ Week tomorrow. In the meantime, check out the Spotify and YouTube playlists below… just, sadly, don’t expect to see Vanity on the former.