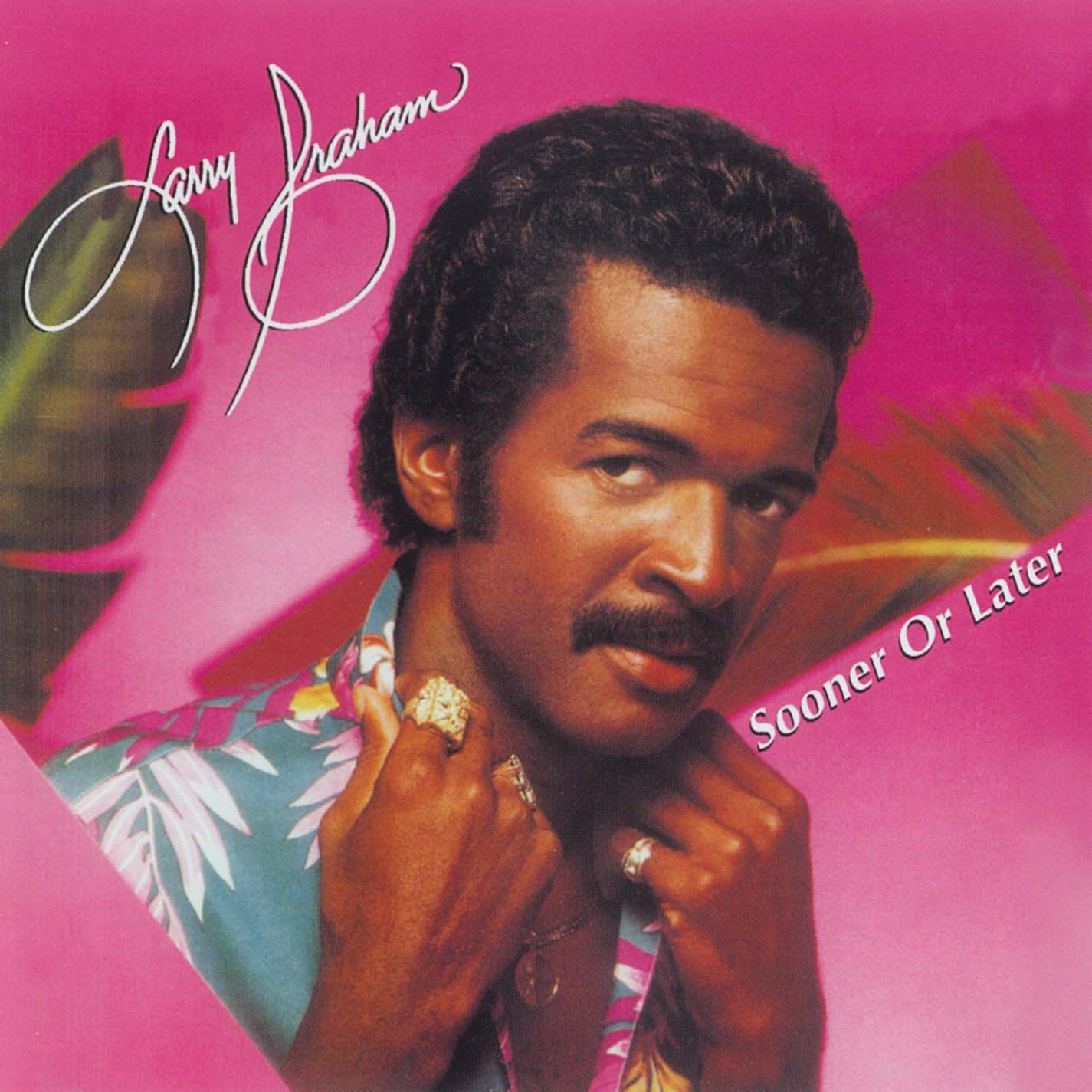 Listen, I have been sitting on this Jheri Jam for a whole year, sustaining multiple burns on my ass from trying to contain this hot track. But, before we get into that, LOOK AT THAT ALBUM COVER. Larry Graham peeks out from a hot pink, palm-leafed environment, popping his collar and looking like Magnum motherfuckin’ PI. If ever there was an album cover that looked precisely how the album sounds, this is it.

By the release of 1982’s Sooner or Later, Graham was already an elder statesman of funk, having been a member of Sly & The Family Stone, worked with the likes of Betty Davis, fronted his own Graham Central Station, and oh yeah, INVENTED SLAP BASS. Sooner or Later is his foray into the new world of the ’80s, effectively saying, “Here I am, new and improved and ready to slay all the Kingdom Hall pussy.”

Week 1 of Jheri Curl June VIbe comes to a close tomorrow! In the meantime, check out the Spotify and YouTube playlists below.