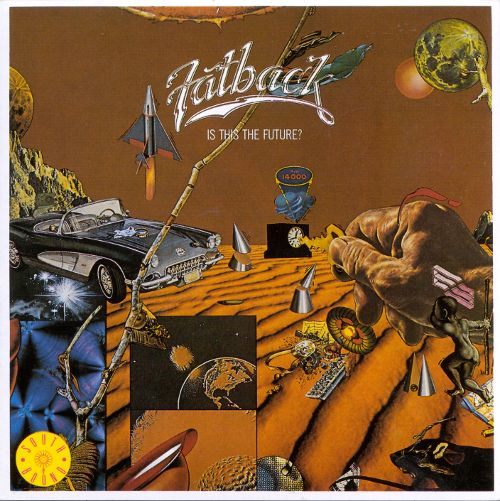 Long before SZA’s ode to sharing a man, Fatback Band had “Double Love Affair,” a playful, jaunty tune about two-timing from the point of view of a man who “has so much love inside” that he “has to spread it out.” It might be the most lighthearted, infectious song about blatant infidelity ever recorded.

Musically, the Prince influence is undeniable. Or more appropriately, it’s as much a ripoff of Ebonee Webb’s “Something About You” as “Something About You” was a ripoff of Prince’s “Head.” The whole song is sung in falsetto with Prince-like yelps, and toward the end of the track there’s even some heavy breathing. That’s right, folks, five years into Jheri Curl June and we’re just beginning to understand the self-referential quality of Jheri Curl Music.

Like Monday’s JCJ inductees, Mandrill, Fatback Band had been around for a full decade before 1983’s Is This the Future? While certainly not their strongest output, it’s an album that speaks to Fatback Band’s ability to successfully adapt to the New Wave sounds of the ’80s.

And that’s Jheri Curl June Week 1 in the can! Click through below for the latest updates on our Spotify and YouTube playlists. See you again on Monday!