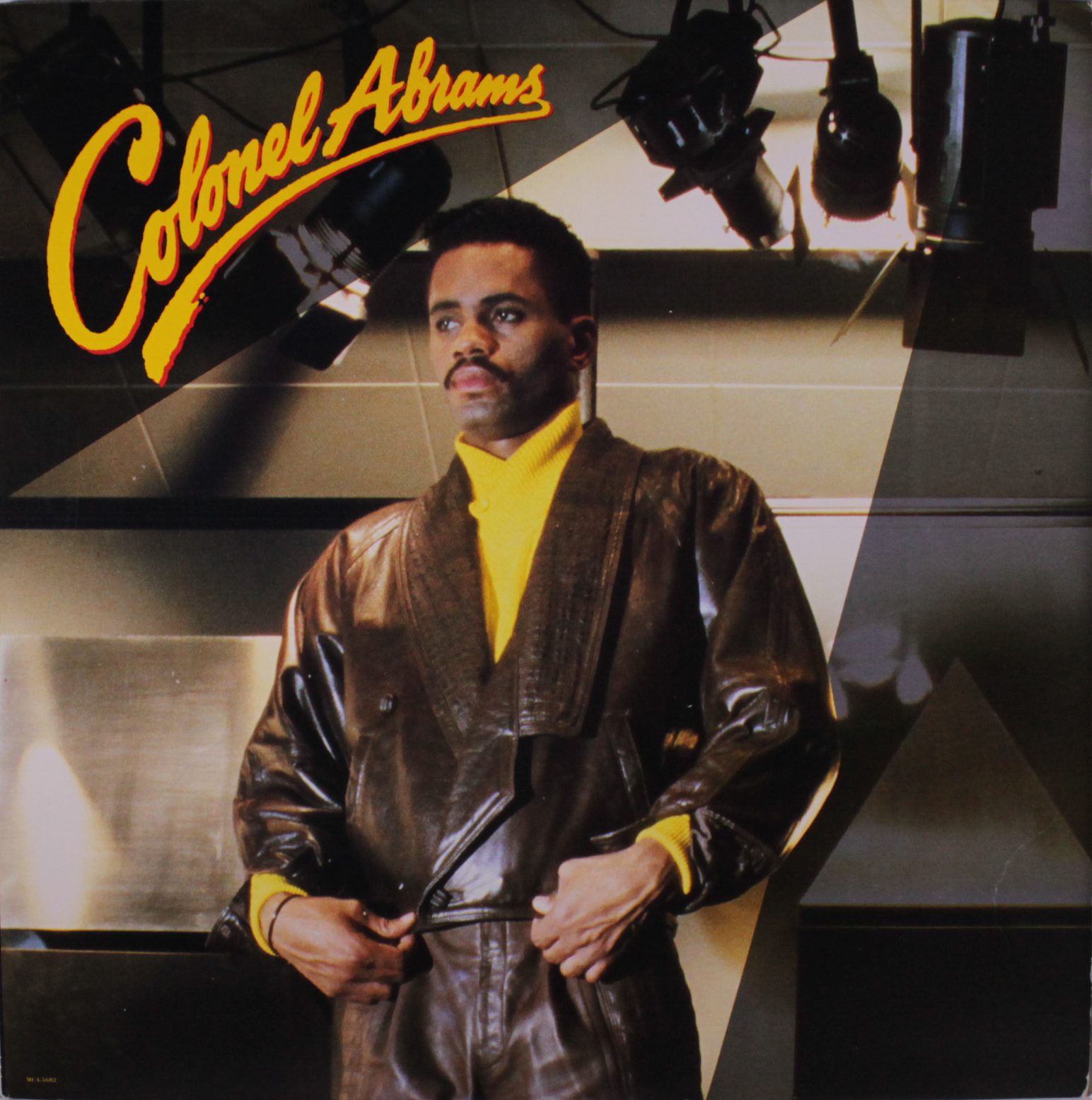 In some ways, it’s surprising that it took us this long to feature Colonel Abrams (real name, no gimmicks) for Jheri Curl June. He was born in Detroit–always a big plus for us proud Southeastern Michiganders. He had connections to the architects of the sound, having sung on a few tracks by 94 East, a Minneapolis-based studio band that briefly featured an 18-year-old Prince Rogers Nelson on guitar. And, while the Colonel is better-known as a house artist, one listen to the whining synthesizers and flanged drum-machine claps on his 1985 debut album should be more than enough to get your Jheri Curl sense a-tingling.

Like JCJ Class of 2015 member James “D-Train” Williams, Colonel Abrams distinguished himself by layering a soulful, gospel-infused baritone over his futuristic soundscapes. Indeed, “The Truth” from his debut album basically is a gospel song, with Abrams testifying “Let’s stop all hatred / ‘Cause love is what we need,” a bank of synthesizers taking the place of the church organ. I’m not a church-going man, but if it was anything like the music video above–featuring the Colonel in a graffitied alley, rocking Sgt. Pepper marching-band chic years before Michael Jackson and flanked by what appear to be the dancers from Pat Benatar’s “Love is a Battlefield” video–then I’d be in that bitch every Sunday morning.

We’ll be back with more mid-period Jheri Curl tomorrow. Until then, the Spotify and YouTube playlists are below!