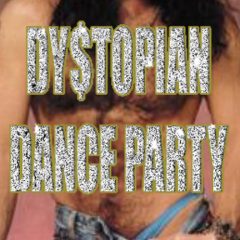 Like several of the other artists we’ve been discussing this year, vocalist and keyboardist Patrice Rushen had a significant career before jheri curl (B.J.C.). She recorded three well-regarded albums for jazz imprint Prestige Records in the 1970s before switching over to R&B with 1978’s Patrice

—a move that, perhaps understandably, alienated much of her existing fanbase. That same year, Rushen played keyboards (uncredited) on For You, the debut album by Prince–which means, in a way, that she was present for the birth of jheri curl music/the Minneapolis Sound. Prince returned the favor by writing two songs for Rushen: the first, “I Feel for You,” for her to sing (she passed); the second, “I Wanna Be Your Lover,” because he genuinely wanted to bone her (she passed on that, too).

Rushen released her eighth album, Straight from the Heart

, in 1982: her most successful to date, largely on the strength of hit single “Forget Me Nots.” Because we’re willful obscurantists here on Dystopian Dance Party, however–or maybe just because we’ve already spent the last 20 years of our lives trying to get the Men in Black song out of our heads–here’s the less-well-remembered “Breakout!,” a frothy lite-JCM concoction with a bit of a 1980s Stevie Wonder feel. I’m pretty sure the music video below is about media oversaturation or urban desperation or something, but I’m mostly enamored by its opening moments: a full 25 seconds of Rushen in closeup bobbing back and forth to the music and making awkward eye contact with the camera, intercut with shots of newspapers hitting the floor. Truly, the early music video was an art form all its own.

We’ll be back tomorrow with more tracks from the women of jheri curl music. Keep up with the Spotify and YouTube playlists below: