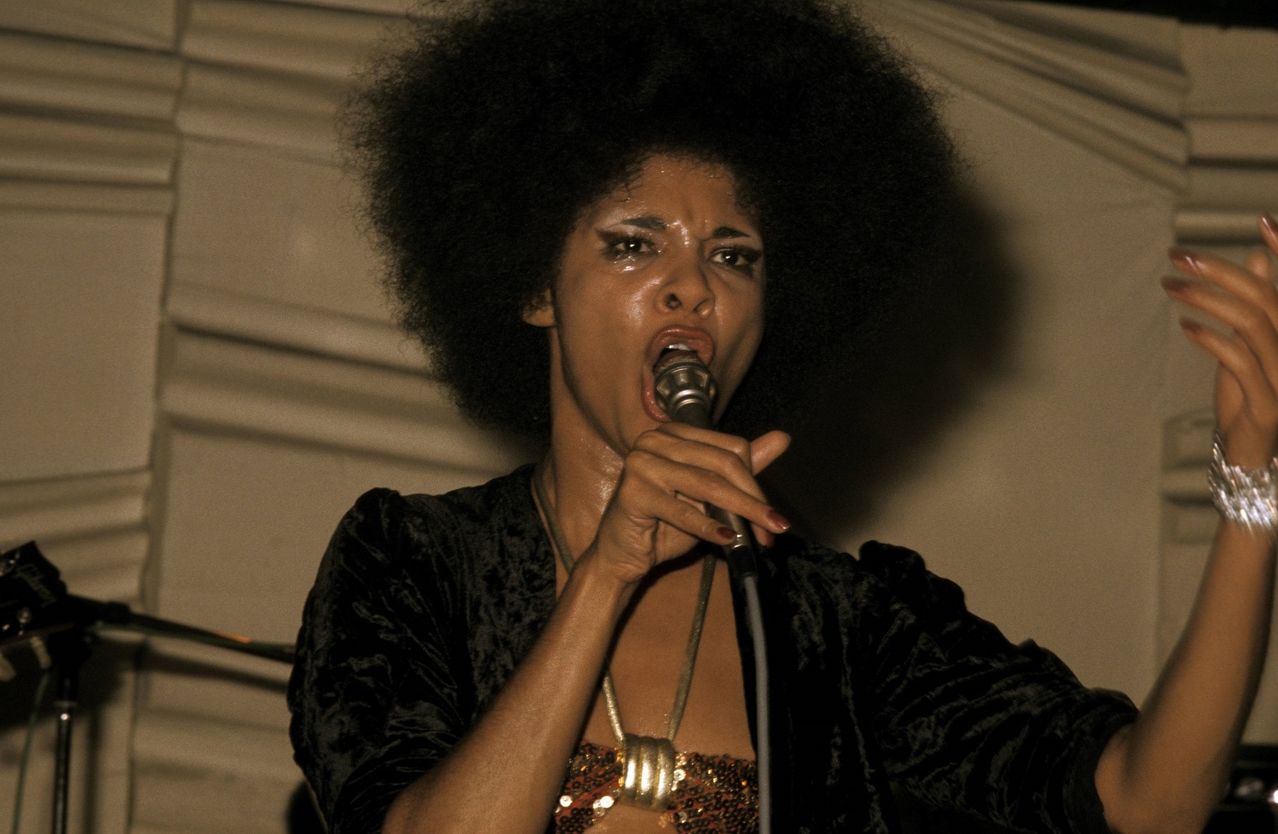 When it comes to jheri curl music, Bootsy Collins probably isn’t the first name that comes to anyone’s mind. In fact, he and the rest of the Parliament–Funkadelic cohort were practically the antithesis of the Jheri-Curl ethos: their aesthetic was gritty, not glossy; psychedelic posters and underground comix, not neon and Patrick Nagel; weed and acid, not champagne and cocaine; unapologetically nappy, not permed and activated. But by the early 1980s, Bootsy saw the winds were changing, and gamely incorporated icy synths and sequencers into his trunk-rattling P-Funk sound.

And, for the most part, the results were as awkward as might be expected. Bootsy’s 1982 album The One Giveth, the Count Taketh Away

had its moments, but it wasn’t up to the standards of his work with the Rubber Band in the late ’70s; its use of polished, “modern”-sounding ’80s R&B markers–like the members of Midnight Star, who contributed backing vocals–felt more than a little shoehorned into Bootsy’s raw, “uncut” brand of funk. But have no dear, my fear: Bootsy had at least one bona fide jheri-curl classic up his sleeve in 1982, in the form of the 12″-only release “Body Slam.”

What’s most remarkable about “Body Slam” is that it’s effectively an extended de/reconstruction of one of The One Giveth‘s weakest tracks: the manic, tiresome, yet mercifully short “Countracula (This One’s for You).” Bootsy salvages it by taking out the shrill call-and-response vocals from Godmama (sorry, ladies) and axing the whole “Countracula” conceit, giving the groove room to breathe and stretching out with some clean, yet indelibly funky bass solos and a muted chicken-scratch guitar riff straight out of Prince‘s Controversy

album. If “Countracula” is the sound of an elder statesman of the funk taking a moment to play in the young upstarts’ toybox and not quite grasping how the parts fit together, then “Body Slam” is the sound of that same master coming back, getting his chops up, and showing them all how it’s done.

Not surprisingly, “Body Slam” was a highlight of Bootsy’s shows on the 1983 Atomic Dog Tour with his longtime mentor and bandleader George Clinton. The sound quality isn’t great, but check out the video below for an extended jam on the song from their Washington, D.C. gig, featuring some generation-spanning synth work by the incredible Bernie Worrell.

And of course, check below the jump for this and other tracks on our growing Spotify and YouTube playlists. I’m taking the rest of the week off to focus on my other blog; Callie will be back tomorrow and Friday for more Jheri Curl June.