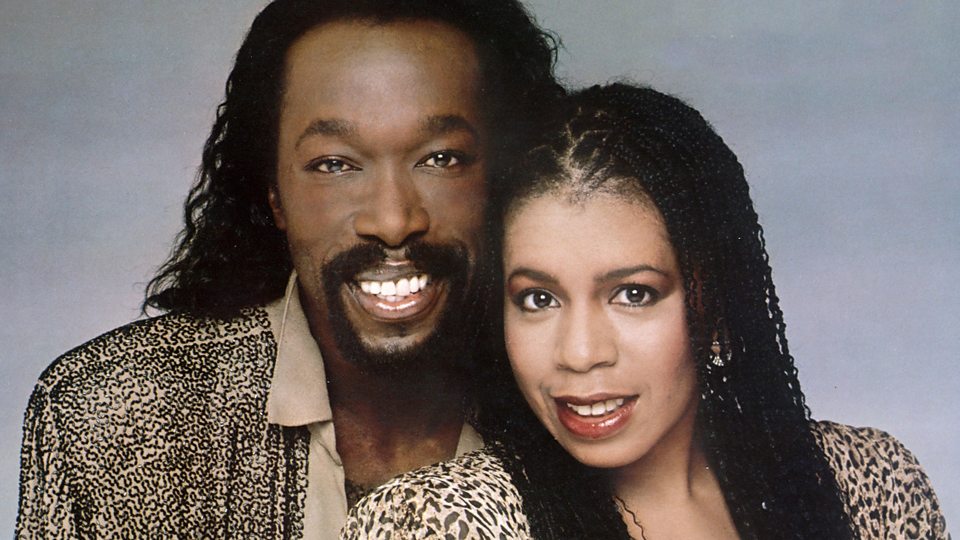 Beginning their careers as successful songwriters, Nickolas Ashford and Valerie Simpson wrote songs for Aretha Franklin and Ray Charles before joining Motown and continuing their trail of hits. But what we’re interested in here at Dystopian Dance Party is the second decade of Ashford & Simpson’s solo career: specifically, 1984’s Solid, when the couple went and got proverbial Jheri curls together.

Solid could be classified as a Jheri Curl album for the grown and sexy. Unlike most Jheri Curl Music that’s for the club or en route to the club, this is the album you put on when you’re about to pour champagne and have slow, sensual sex on satin sheets. It’s not spontaneous humpin’, this shit was planned out all week and you’re about to make this baby because it’s a Friday night AND the peak day of ovulation. Babies aren’t made in heaven, after all.

Anyway, let’s say you’ve poured out the champagne out and have been kissing and touching and all that, right? “Outta the World” is undressing and foreplay music. Things are getting steamy and wet now–you know, kind of like a Jheri curl. If I’ve said it once, I’ve said it a thousand times: at its best, Jheri Curl Music sounds like the wetness of desire AND/OR the literal feel of a Jheri curl, and “Outta the World” is a perfect example of this. Now check out Nickolas Ashford and Valerie Simpson’s sweet synchronized shoulder shrugs and get humpin’.

And with that, we’ll just leave you to start your weekend with the words “Ashford & Simpson” and “humpin’” emblazoned in your brain. Or, you can listen to the playlists below and try to clear your mind.