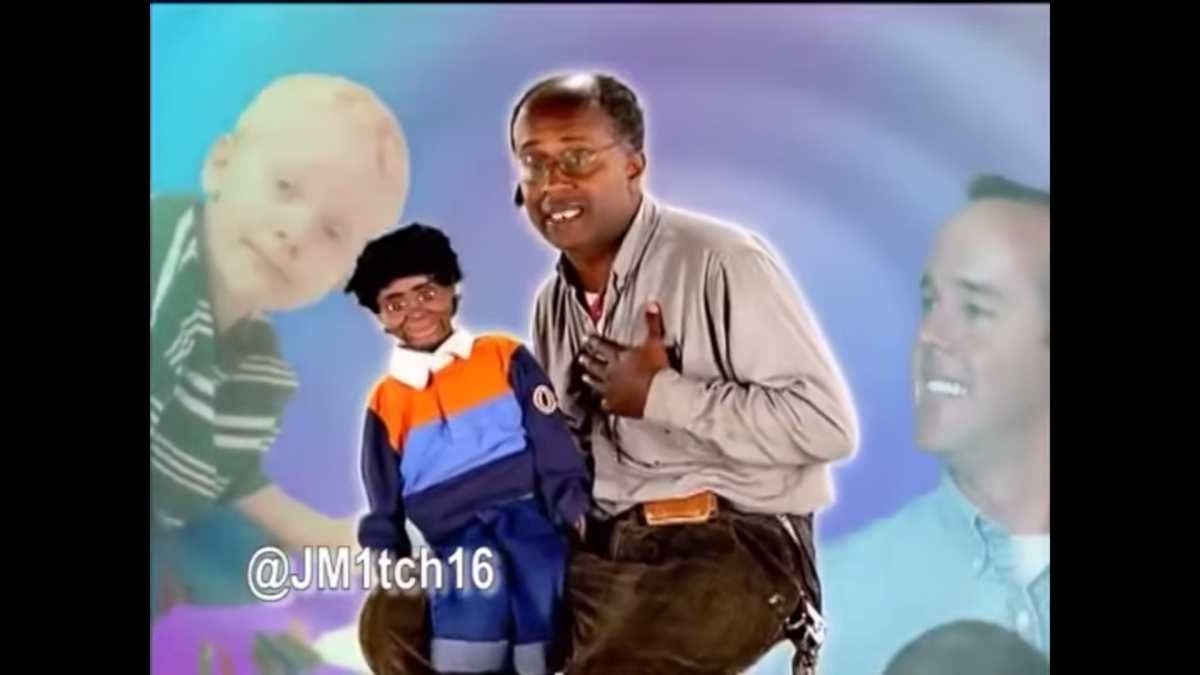 In the late 1970s and early 1980s, a new form of predominantly African American popular music began to take shape. Rooted in soul and funk music, but largely stripped of those genres’ grit; with elements of rock and disco, and at least one eye forever resting on potential radio play; the loosely-defined style has gone by a variety of names, including post-disco, pop/funk, and the maddeningly nondescript “urban.” But Callie and I have always preferred to call it “jheri curl music.”

Jheri curl music is not necessarily music made by artists sporting the once-trendy hairstyle invented by hairdresser Robert William “Jheri” Redding–though obviously there is a good amount of overlap. Instead, we see it as music that embodies the properties of the jheri curl itself. Jheri curl, whether the hair or the music, is an intrinsically hybrid style: somewhere between Black and white, kinky and straight, silky and dry. It’s fussy and high-maintenance. And, like the Jheri curl parody “Soul Glo” in John Landis’ 1988 comedy Coming to America, it leaves a greasy residue on everything it touches. Not all R&B from the early to mid-’80s qualifies as jheri curl; but when you hear that telltale sign–usually a particular kind of muted guitar, clean slapped bass, or synthesizer squeal–you will recognize it instantly for what it is.

Along with its namesake hairdo, jheri curl music faded from mainstream popularity by the end of the 1980s: eclipsed largely by another hybrid R&B style, the hip-hop-influenced New Jack Swing (or maybe we should call it “hi-top fade music”). But it’s never really gone away. Tune in to the obligatory “old-school hour” on any Adult Contemporary R&B radio station worth its salt, and you’ll hear plenty of jheri curl alongside the smooth soul and quiet storm. In recent years, too, the career resurgences of jheri-curl innovators Prince and (posthumously) Michael Jackson–not to mention the coming of age of legions of ’80s kids–have driven a critical and popular reappraisal of music that would have been considered dated and kitschy twenty years ago. Indeed, the sound has been steadily creeping back into contemporary artists’ repertoires since the early 2000s or so: everyone from Snoop Dogg to Daft Punk has gone to the jheri curl well at least a few times, while artists like Dâm-Funk and Chromeo have made it a foundation of their musical styles.

So for the month of June, we’ll be celebrating jheri curl music with a new classic jheri curl video every weekday. Why? Basically because we love JCM, and the month of June starts with a “J” (and “Jheri Curl July” just doesn’t sound as good as “Jheri Curl June”). We’ll also be adding to the Spotify playlist at the bottom of this and every other Jheri Curl June post, so you can have easy access to a bunch of classic jheri curl cuts to bump in your home, car, gym, or hair salon. Today, I’m kicking things off with what might be my choice for the ultimate jheri-curl song, Carl Carlton‘s 1981 single “She’s a Bad Mama Jama (She’s Built, She’s Stacked)”:

“Bad Mama Jama” has a lot of things to recommend it as a classic of JCM: including its lascivious lyrics in the tradition of the Commodores’ “Brick House,” praising a woman who’s “got all the curves a man like” and gets Carl “so excited viewing her anatomy.” But what really makes it for me is that bass synth line, as curly and wet as Carlton’s hairdo. The song is the essence of jheri curl: sleek, stylish, and more than a little sleazy. I can’t think of a better way to kick off Jheri Curl June.

Keep up with the Jheri Curl June Spotify playlist here: