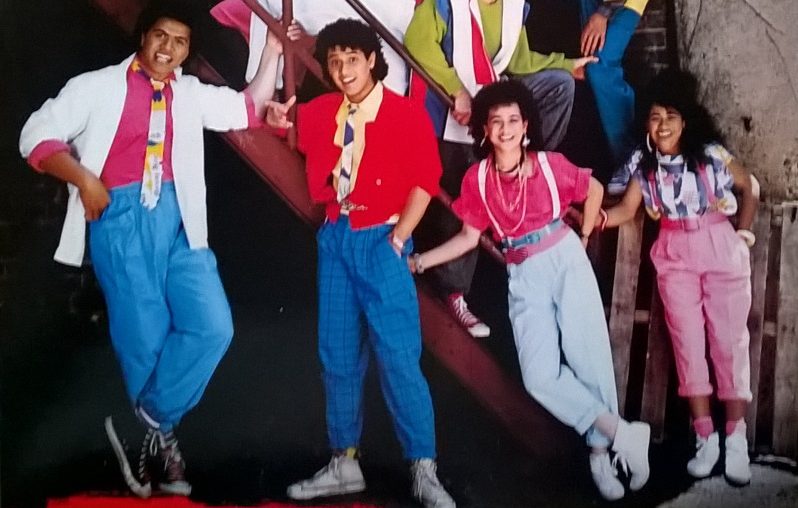 Probably the best thing about having a girlfriend whose mother is Black and lived through the 1980s is that I’m never short on jheri curl music recommendations. Just last week, in fact, Kia (via her mom) hipped me to a track I’d never heard before: the très-jheri 1986 single “(I’m a) Dreamer” by Italo-post-disco act the B.B. & Q. Band.

“B.B. & Q.” stands for “Brooklyn, Bronx, and Queens,” but to be fair there probably should have been an extra “B.” in there–for Bologna, Italy, the home base of Franco-Italian svengali Jacques Petrus, who assembled the “band” from a crew of New York-based singers and session musicians to follow up on the success of his previous, Luther Vandross-fronted studio project, Change. In the U.S., at least, the B.B. & Q. Band never quite reached the heights of their predecessor; but “Dreamer” did hit #35 on the U.K. charts, and its parent album, 1985’s Genie

Unfortunately, however, it didn’t last: the B.B. & Q. Band dissolved in the most bizarre way possible in 1987, when Petrus was murdered under mysterious circumstances while on the run from tax evasion charges in the French West Indies. Somewhere, though, there’s a Tarantinoesque crime movie waiting to be made out of the life and death of Jacques Petrus. And fortunately, thanks to tracks like “Dreamer,” its soundtrack will be perfect.

Listen to “Dreamer,” and the rest of our Jh3ri Curl Jun3 selections thus far, on the Spotify and YouTube playlists below: