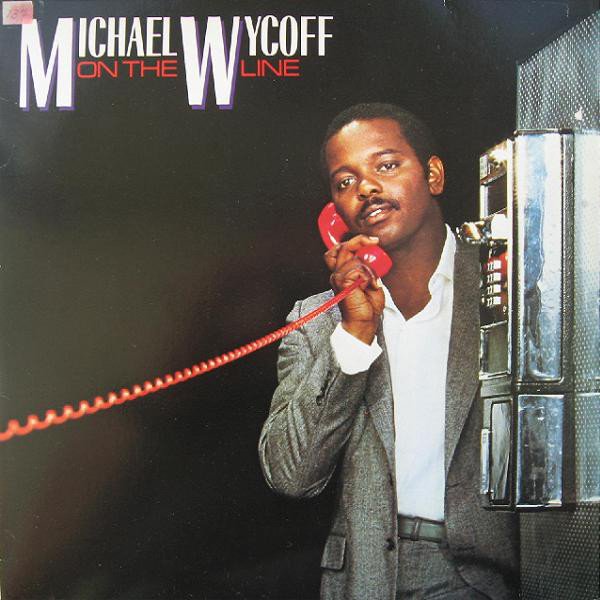 Today’s Jheri Curl June inductee, Michael Wycoff, was a backup singer on Stevie Wonder’s Songs in the Key of Life, as well as a contributor to some of 7th Wonder’s and Natalie Cole’s albums. In 1980 he began releasing solo albums, but it wasn’t until 1983’s On the Line that he fully embraced the Jheri.

Aside from the obvious musical qualifications of the title track in particular, On the Line also makes use of a red landline phone on the album cover. My theory, which I’m still fleshing out, is that the red phone is is a staple in Jheri Curl Music imagery: as you might recall from Jheri Curl June 2017, it also makes an appearance on the cover of Kleeer’s Intimate Connection.

We’ll be back with more Jheri Curl Music–and possibly even more red phones, who knows–tomorrow. In the meantime, YouTube and Spotify playlists are below!