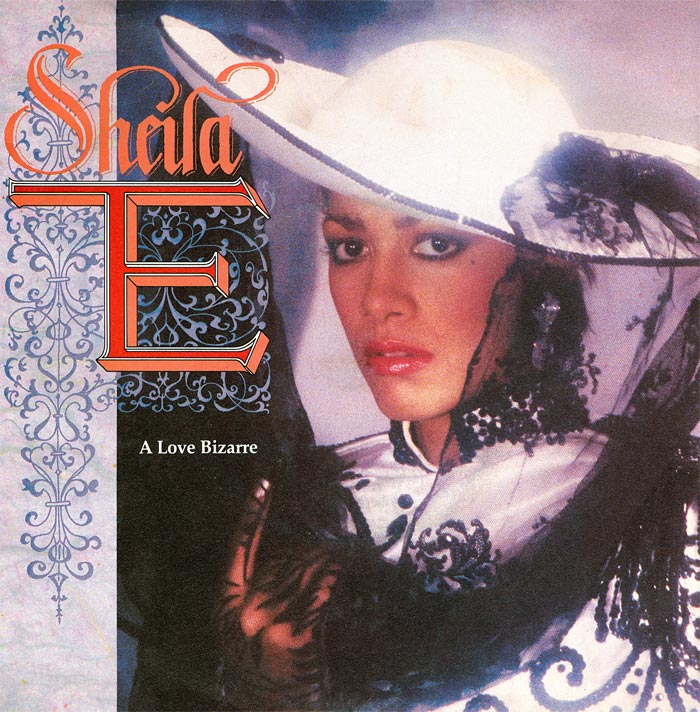 Editor’s Note: This week has been a busy one on the academic front, so I’ve been lax in updating the ol’ blog. But this week also saw the release of the first album by legendary alternative rock band the Pixies since 1991’s Trompe le Monde, so fortunately I was able to dig up just the thing for Throwback Thursday. I wrote this piece in 2006, when new material was still emerging from the Pixies’ first reunion in 2004. Incidentally, I caught them on that tour, at the State Theater in Detroit, and it was fantastic. Also, that was ten years ago. Jesus Christ, I’m old. Anyway, here’s my Pixies review. It’s very mid-2000s, both in its somewhat snarky tone and in its reference to, Good Lord, MySpace. But what do you do. I’ll probably be back next week with a review of the new Pixies record. Probably. In the meantime, enjoy! – Z.H.

In an era when mystery was almost as important to the development of a great alternative rock act as guitar or drums, the Pixies were quite possibly the most mysterious of them all. Armed with inscrutable lyrics about Surrealist cinema and Nimrod’s Sons, an arty visual aesthetic that precluded group photos on the album covers, and a stage presence that boiled down to standing stock still and playing as viscerally as possible, they were a truly enigmatic force, more like a coven of obscure European avant-gardists than a mere Bostonian rock band. Even today, elements of their all-too-brief epoch remain shrouded in mystery: things like the precise motivations behind their breakup in 1992, or the much-whispered-about sexual tension between bassist Kim Deal and lead songwriter/vocalist Charles “Black Francis” Thompson. There’s still a sense that we’ll never really get to know the Pixies, and if anything, that makes them all the more enticing.

It also goes a long way toward explaining why their reunion in 2004 came as such a surprise: engimas don’t get back together for sold-out world tours, they don’t conduct extensive interviews, and they certainly don’t release upwards of half a dozen CDs and videos within a two-year period to document their return to the concert stage. But the Pixies did. And so you’ll have to excuse my kneejerk reaction to the first couple minutes of their new DVD, Live at the Paradise in Boston, which is something along the lines of, “This is the most surreal thing I’ve ever fucking seen.” There they are, the mythical Pixies, in all their glory, playing what might be their last intimate club date as a band together. And what do they do? Stroll onstage, shuffle around a little bit, and then tear into… “La La Love You?”

They play about a minute of the Doolittle deep cut before Thompson brings it screeching to the halt. He then essays a pretty decent Springsteen impersonation, and, all smiles, leads the others into a second attempt at the song. And that, more or less, is how the show proceeds. They take requests, they crack jokes, they talk to each other. Not a single guitar gets kicked across the stage. And it’s great, but for people like me who came of age with little to know of the Pixies but their stand-offish reputation, it’s also weird as hell.

In all honesty, though, the Pixies have probably never sounded better than they have in the years 2004-2006. They’re tighter than a band that spent most of the last 15 years in acrimonious distance has any right to be; Joey Santiago’s guitar playing, though still stylistically unique, is technically better than it ever was during the “peak” era (his solo during “Vamos” kills); and contrary to what his solo work might have you believe, the artist formerly known as Black Francis can still manage a surprisingly blood-curdling howl (see: “Something Against You”).

But watching this music come out of the players onstage, with their receding hairlines, baggy jeans and (in the case of Kim Deal) soccer mom haircuts, can be an awfully disconcerting experience, especially in today’s world where a fashionable MySpace haircut and a waifish waistline is de rigeur for any up-and-coming indie rocker. Maybe it’s a commentary on the inevitability of middle age, maybe it’s just my own youthful shallowness, but the visual side of the Pixies reunion reminds me of nothing more than watching my friends’ parents clamber onstage at a wedding reception, plug in–and then, through some bizarre and miraculous fluke, sound about a thousand times cooler than they look.

But then, the Pixies never really were “cool,” at least not in the conventional sense of the word. That all-pervading image described above, that air of mystery, was if anything a convenient veil for a group of people who never quite fit in with their hip surroundings, either in the Boston indie scene (a song like “Subbacultcha” could only really be written from the perspective of an outsider looking in) or amidst the Anglo goth milieu of 4AD Records. Drummer David Lovering, if you’ll recall, was a Rush fanatic before he joined the band; Deal used to show up to gigs wearing the same outfit she wore as a secretary temp; Thompson was/is a UFO enthusiast. And let’s not forget that the infamous break-up wasn’t some kind of coke-fuelled blow-out: it took place over a fax machine, the perfect end to half a decade of sustained awkwardness. In that sense, then–and with another film, Steven Cantor’s and Matthew Galkin’s documentary loudQUIETloud, in mind–the reunited Pixies we see in Live at the Paradise aren’t surprising for their brazen, lovable dorkiness. It’s more of a surprise that they’re talking at all.

loudQUIETloud is a portrait of four individuals, as sublimely mismatched as the day they met, who have reconvened after 15 years of separation to face some of the biggest audiences of their careers. All that would be an awkward enough experience to begin with, for any group of people; but when the subjects happen to be the Pixies, perhaps rock’s most notoriously asocial band, you can only imagine. Indeed, more than any other document to come before it, loudQUIETloud paints a striking picture of what the Pixies reunion really is, more vivid and consequently more brutally frank than any interview snippet or concert-night speculation could possibly be.

In beautifully-shot performance sequences–which, incidentally, take place in much larger venues than Live at the Paradise, thus driving home just how “big” this comeback has become–we see the band make some of the most impressive music together that they’ve ever made, ascending to the career heights they were never allowed in their initial run. Then we follow them backstage, and see neither “one big family” amiability nor icy tension in the tradition of Wilco’s almost unwatchably pissy doc I am Trying to Break Your Heart. Instead, we mostly just see the quiet, friendly, somewhat formal interactions of a group of professionals in the middle of a very important, very lucrative job.

This isn’t to say that the Pixies reunion has been exposed by this film as the kind of “comeback for cash” we’ve all seen too much of; I’m pretty sure it isn’t that at all, and if it is, well, the band does such a good job of hiding it onstage that I couldn’t really be bothered to care. It’s also worth noting that Thompson was reportedly none too pleased about the filmmakers’ portrayal of Lovering’s brief descent into substance abuse, claiming that Cantor and Galkin based their entire narrative arc around what really only affected a fraction of the tour. If he’s right, and there is some kind of substantial story-tweaking going on, then for all we know the Pixies could be hugs all ’round backstage and the middle-aged ennui seen in loudQUIETloud is just an invention of the editing machine.

Something tells me, however, that this is not the case. The mood captured by loudQUIETloud is just too real to be an exaggeration, and when the directors say in the commentary that they frequently found themselves despairing because so little was happening on camera, it checks out with everything we’ve heard about the Pixies before. For a band whose lyrics were vivid and grotesque, their music unrelentingly powerful, Thompson, Santiago, Lovering and Deal just aren’t terribly expressive people.

Which, again, shouldn’t be taken to mean that they’re not compelling. It’s actually fascinating and poignant to see the Pixies all grown up, starting families, kicking addictions: doing all the things, in other words, that forty-something rock stars do. The inside look at the rehearsals leading up to their warm-up tour helps to humanize a musical event that has otherwise been described in near-supernatural terms, capturing the anxieties and self-doubt of an aging band so out of touch with their younger selves that they have to consult an iPod just to remember how one of their old songs goes.

And of course, there are plenty of Spinal Tap-esque moments to entertain us as well, like the strange and arguably staged scene where we eavesdrop on a post-therapy Thompson reciting self-affirmations to himself. The fact is, loudQUIETloud happens to be a very good movie; but as much as I appreciate it, something in me prefers the chatty, joking, peacefully unhip Pixies of Live at the Paradise to the flawed human beings seen here, the same way you’d rather see distant relatives put on a good face at Christmas time than delve into their marital problems. And maybe, after all, that’s the point.

Because in the end, none of us will ever truly fathom the Pixies reunion, at least not on the personal level at which the Pixies themselves do. We’ll never really know whether they got back together for love or for cash or, as one fan puts it in loudQUIETloud, “because they were too good” not to. So why not just buy our concert tickets, watch our movies, and settle into the ideal of our choice?

Here’s mine: Charles and Kim during the Paradise performance, joking back and forth about Charles’ spur-of-the-moment decision to “bring it down” in the middle of “Gigantic.” “I’ve never brought it down before,” she giggles. “How does it feel?” he asks. “Really weird,” goes the reply. It’s a perfect little moment, the kind you imagine would never have happened while the Pixies were together the first time around; certainly not after the notoriously fraught Doolittle tour. But is it genuine? Who cares? After all, we’ve got to leave at least a little bit of mystery.