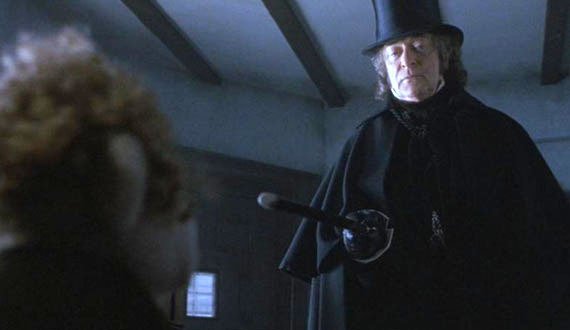 Editor’s Note: Last Sunday, February 21, was the 30th anniversary of the release of Zeruda no Densetsu: The Hyrule Fantasy for the Nintendo Famicom Disk System–or, as it’s better known here in the U.S., The Legend of Zelda

for the N.E.S. It’s the first of what we are promised will be several important dates for Zelda in 2016: the release of the remastered Twilight Princess

for the Wii U this Friday, followed by Hyrule Warriors: Legends

for the 3DS on March 25, and (knock on wood) a whole new Wii U game sometime later this year–all of which makes this a good opportunity to dig into one of my favorite video game series. We’ll be doing a podcast on the Zelda games next month; in the meantime, I’ll do what I did with the original PlayStation last year and use the anniversary as an opportunity to fill in some of the gaps in my experience. To start things off, here’s a game I got for Christmas two years ago, loved the first five hours of, and promptly put back on the shelf until last month: The Legend of Zelda – A Link Between Worlds for the 3DS. – Z.H.

Every fan of the Legend of Zelda series has “their” Zelda game: the one that defines the franchise for them, that most perfectly demonstrates what makes Zelda “Zelda.” And for most of us, it’s one of two games: A Link to the Past, the series’ 1991 entry for the Super Nintendo; or Ocarina of Time

, its 1998 3D debut for the Nintendo 64. Me, I love both; but force me to choose just one, and I’m a Link to the Past guy at heart. So you can imagine that when Nintendo announced The Legend of Zelda: A Link Between Worlds–a direct sequel to the classic SNES game, 12 years after its initial release–my interest was piqued.

But I also retained a healthy skepticism. Games like A Link to the Past often lack direct sequels for a reason: part of the joy in revisiting the Zelda games year after year is to see how the developers reinterpret the setting of Hyrule, rearranging the standard characters and settings (Death Mountain, Spectacle Rock, the Lost Woods) in often wildly divergent ways. I also wasn’t immediately convinced by the game’s visual direction, which felt at first glance like it had homogenized the original game’s lovingly rendered sprite work into something merely serviceable, reminiscent of the bright-but-bland “2.5D” art style of Nintendo’s New Super Mario Bros. series. And the game’s one vaunted innovation, giving Link the power to flatten himself into a two-dimensional painting on the wall, felt like another goofy gimmick, along the same lines as his previous transformations into a wolf

and a steam engine conductor

Once I actually had the game in my hands, however, my skepticism melted away. A Link Between Worlds is, first of all, a deceptively beautiful game: it may not “wow” in screenshots or streaming video, but in person its attention to detail is stunning, with smooth character animations and some of the most impressive use I’ve seen of the 3DS handheld’s identifying 3D effect. Seriously, I know we don’t talk about the actual “3D” part of the 3DS anymore, but if you’ve been playing with your slider turned off, turn it back up again: A Link Between Worlds builds on its predecessor’s experiments with vertical depth, using the combination of the series’ traditional top-down view and the 3D effect to create the sensation of looking down into a real (albeit cartoony) three-dimensional world. This is also where the painting effect comes into its own. I’ve long held the opinion, thanks to games like Paper Mario: Sticker Star

, that the 3DS is actually at its best when it’s playing up the juxtaposition between two-dimensional objects and 3D spaces; A Link Between Worlds takes that to a whole new level, requiring the player to walk around walls in painting form and think in three dimensions, even (/especially) in locations we’re used to seeing in two.

Which brings me to my final point: my initial misgivings aside, I’m down with the game’s direct return to the style and setting of A Link to the Past. A Link Between Worlds reportedly began life as a remake of the earlier game, but producer Aonuma Eiji, who has been spearheading the series since Majora’s Mask

in 2000, opted to make it a sequel; the final product actually splits the difference, coming off at times as a remix of the original Link‘s boss fights and dungeons, with standout moments like the Thieves’ Town and the Palace of Darkness riffing on themselves in surprising new ways. And that’s a good thing, because Nintendo, if nothing else, has proven itself to be an adept remixer of its own substantial legacy: from the cute Zelda references in 2013’s Super Mario 3D World

series. Like those games, A Link Between Worlds knows how to push aging players’ nostalgia buttons, while at the same time not forgetting how to surprise us; indeed, some of the new-old Zelda‘s best moments are its most surprising, with stages like the Dark Palace and its darkness-based puzzles standing out among my favorites in the series.

Perhaps oddly, given its status as a hybrid remake/sequel in this era of remake and sequel fatigue, A Link Between Worlds has been widely credited with breathing fresh life into the venerable Zelda series. And, while I’m one of those sick bastards who didn’t think the series was all that desperate for fresh life in the first place, I can see why: it’s Zelda at its purest and most efficient, with remarkably little fat–the game can be finished, if not 100% completed, in around 15 hours–and a few minor but significant tweaks to the formula; most crucially, it’s the first Zelda in which almost all the dungeons can be completed in any order since, I believe, the 1986 original. I’m still interested in seeing where the series will go next: a back-to-basics take on an aging formula can be impressive the first time around, but eventually one has to start building the foundation back up. In the meantime, though, this is a just-about-perfect entry in a just-about-perfect series, and that is always worth celebrating.

The Legend of Zelda: A Link Between Worlds

is available for the Nintendo 3DS

. As always, you can check in on my progress (or lack thereof) with my video game backlog here.

Podcast: Brought to You by AnuSol

Podcast: Allow Us to Reintroduce Ourselves