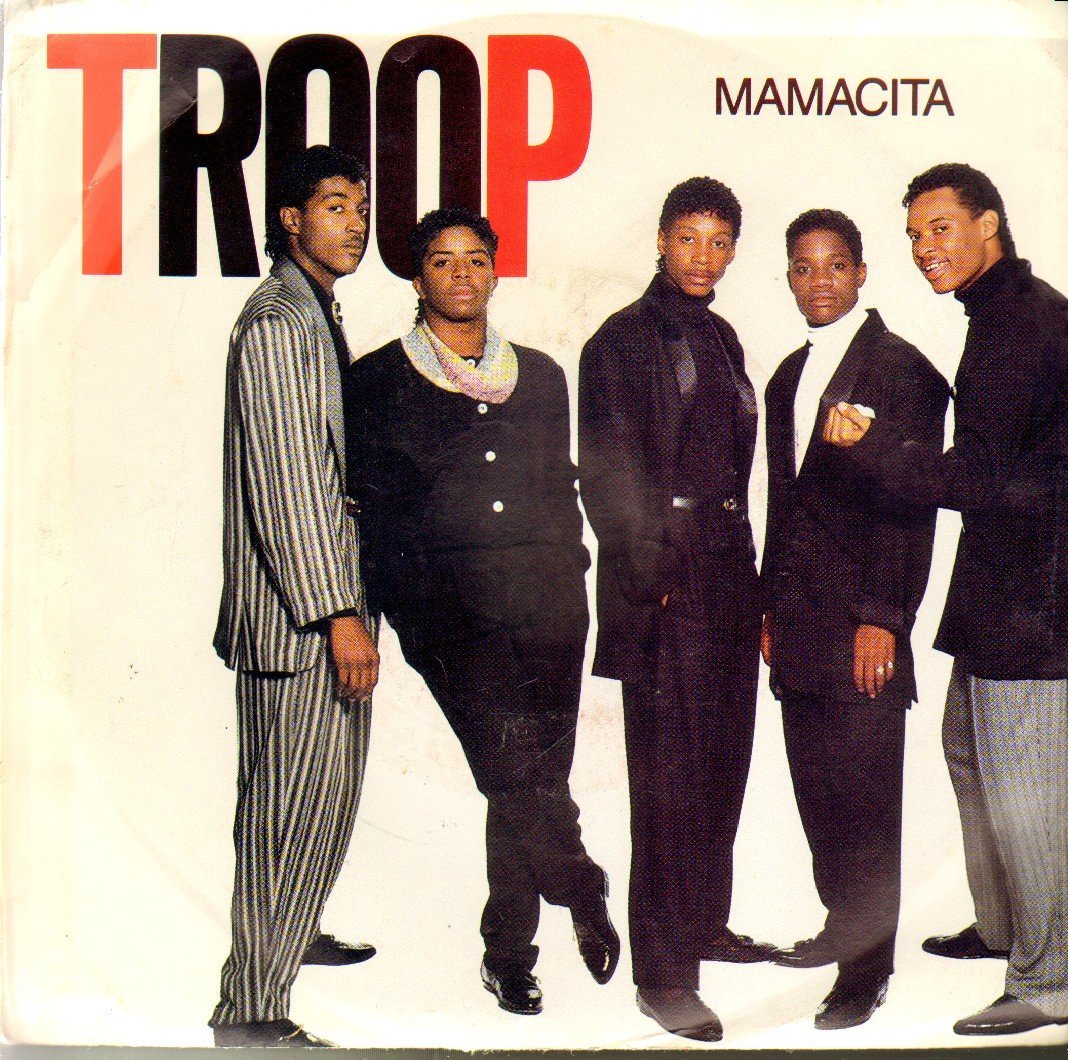 It’s the end of yet another Jheri Curl June, and of course that means it’s time to signal the end of an era for Jheri Curl Music. As we’ve mentioned many times, musical scenes have an incredibly short lifespan, and by the late ’80s, JCM was turning into New Jack Swing. Troop, a quintet discovered by none other than previous JCJ inductee Gerald Levert, have the Levert-infused, end-of-’80s New Jack sound that you would expect from… well, a late-era Jheri Curl Music group that was discovered by Gerald Levert. And just look at Troop whipping their Jheri Curl mullets around in the video to “Mamacita!”

You can check out our full playlists below, and we’ll see you next year for another Jheri Curl June!