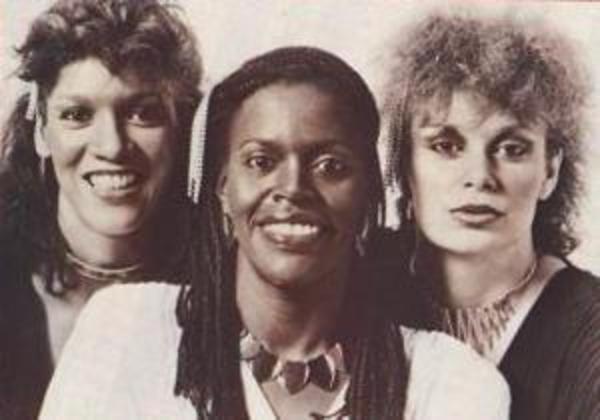 Each June, we set aside a week to celebrate the women of Jheri Curl Music. This year, we’re kicking off Jheri Curl June Ladies’ Week with not one, but three women: Melissa Bell, Marsha Carter, and Barbara Fowler, who together comprised the vocal trio Sinnamon.

Sinnamon’s 1982 single, “Thanks to You,” is a certified Jheri Curl jam: a sassy kiss-off to an ex-boyfriend whose “lovin’ services” are no longer required because the ladies of Sinnamon have “found somebody new.” The track’s sleek, futuristic beat and gospel-inspired vocals took it to the top of Billboard’s Hot Dance Music chart–making it by far the biggest success of the group’s brief recording career. But at least one person involved with “Thanks to You” was destined to go on to bigger and better things: the song’s 12″ mix was handled by KISS FM DJ Shep Pettibone, who would go on to become the remixer du jour for house-flavored tracks in the late ’80s and early ’90s.

We’ll be back tomorrow for Day 2 of Jheri Curl June Ladies’ Week. In the meantime, remember to check out the YouTube and Spotify playlists below!