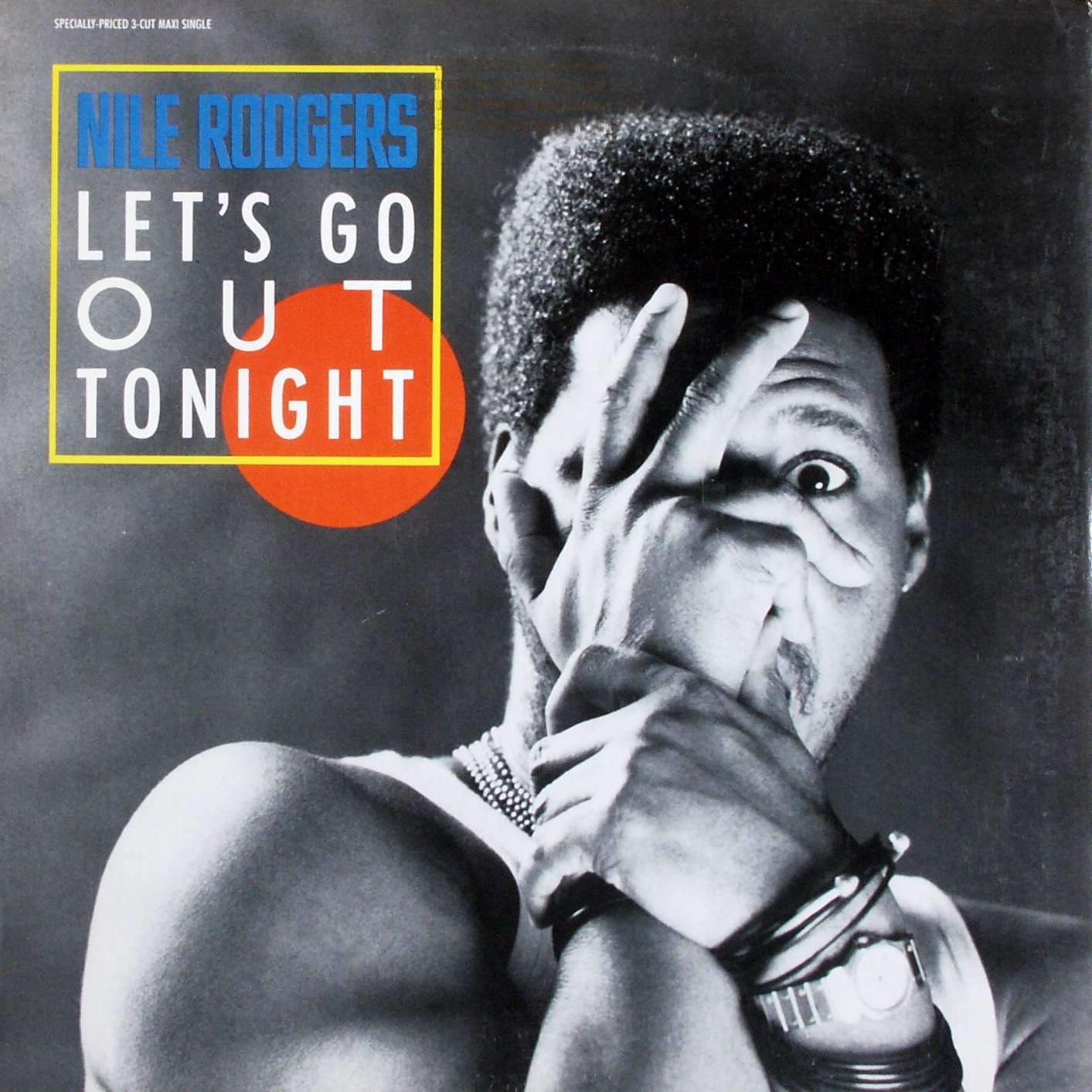 If there’s ever been an artist who embodied proto-Jheri Curl Music without ever quite crossing over into JCM proper, it’s Nile Rodgers. As the guitarist and co-producer behind disco innovators Chic, Rodgers played a key role in the creation of the more streamlined “post-disco” sound; yet by the early ’80s and the dawn of what we call the Jheri Curl Era (JCE), he had taken a left turn from the majority of his acolytes, moving in more of a pop direction with his solo debut Adventures in the Land of the Good Groove and high-profile productions for the likes of David Bowie, Madonna, and Duran Duran.

Rodgers’ second album, 1985’s B-Movie Matinee, is no exception; it isn’t quite Jheri Curl Music, though it certainly has elements in common–dig, for example, the electro-style programmed bassline and bright, brassy synths that open “Let’s Go Out Tonight,” one of two singles released from the album (and, incidentally, the only one of Rodgers’ solo singles to crack the Hot 100). But then again, JCM itself was kind of on the wane by 1985; and even if it isn’t quite orthodox Jheri Curl, how could I refuse myself the opportunity to share this absolutely bonkers video, which features Rodgers (wearing some kind of futuristic Cosby sweater) bringing a Japanese Bunraku marionette to life, taking her out on a date, and then seemingly turning into a marionette himself? Besides, Nile Rodgers wrote the Soul Glo jingle; even if his rhythm guitar style hadn’t influenced virtually every artist we’ve written about for Jheri Curl June, that alone would ensure his place in JCM history remains secure.

We’ll be back tomorrow with more picks from the latter-day JCE; in the meantime, Spotify and YouTube playlists are below.