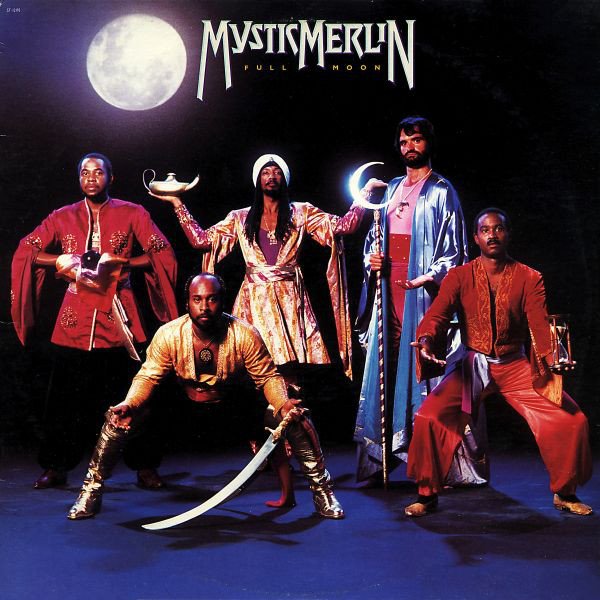 This track by Mystic Merlin is a great early Jheri Curl song: funky but still mellow, with a real horn section and a clear disco bent with its Nile Rodgers-esque guitar riff. Mystic Merlin was initially a novelty band who incorporated magician acts in their live shows. Their 1982 album Full Moon continues with the mystical, magical motif. Many of the track titles include some reference to magic, and the album cover (see above) is an image of the band dressed in harem pants and turbans and posed with a scimitar, an hour glass, and a genie lamp, all in front of what is ironically a waning gibbous moon.

The final track on the album, “Mindreader,” opens with the verse: “I know what you’re thinking / by the look in your eyes / I’m a magician / and a master of disguise / but I can’t disguise this feeling / and it’s very plain to see / you can tell I’m digging you girl…” That’s right folks, magicians need love too.

Full Moon would be Mystic Merlin’s last album with singer Freddie Jackson, who went on to have a successful career as a solo artist.

We’ll be back tomorrow with more magical Jheri Curl picks. Playlists below: