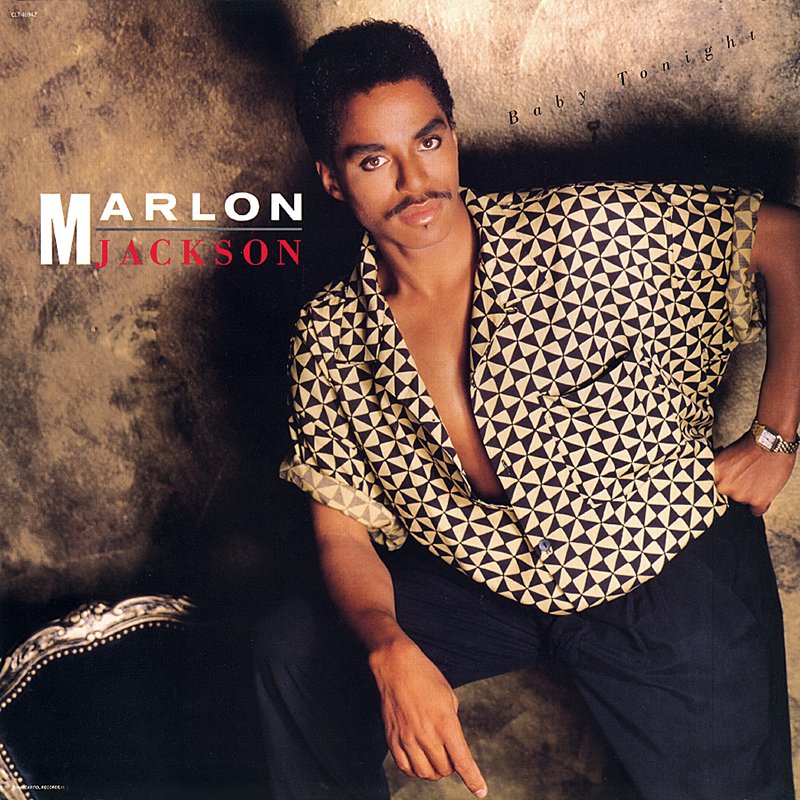 Earlier this month, I noticed a comment on our Instagram that said we’d been “sleeping on MJ.” My first thought was, “sleeping on MJ?! We gave Michael Jackson our second-ever Jheri Curl June Special way back in 2014; we also wrote about his 1988 film Moonwalker for Jheri Curl Cinema! If this is sleeping on MJ, what would being awake on him be like?!” But then I realized, maybe the “MJ” in question isn’t Michael at all; maybe, in fact, it’s his older brother Marlon Jackson. If that’s the case, random Instagram person, then I owe you an apology: we really have been sleeping on MJ these past seven years–but no more.

Marlon, who once described himself as the “background Jackson,” was an original member of the Jackson 5, but didn’t get his chance in the spotlight until the group’s 1984 album Victory: writing, singing, and riding a motorcycle in the music video for the third single and closing track, “Body.” Two years later, he contributed a solo track, “(Let Your Love Find) The Chosen One,” to the soundtrack for the Eddie Murphy vehicle The Golden Child. Finally, in 1987, he released his solo debut, Baby Tonight, for which today’s song served as the lead single and title track.

“Baby Tonight” is the definition of a late-period Jheri Jam, with its busy programmed bass and electronic rhythms (particularly in the remix used for the music video). It actually reminds me, not so much of Marlon’s brothers and bandmates in the Jacksons, but of our 2018 Jheri Curl June honoree Georgio–which might be a backhanded compliment, but I consider it a compliment nonetheless! Sadly, this MJ wouldn’t achieve anywhere near the solo success of the other one (or, for that matter, his older brother Jermaine, who I’m sure we’ll get around to writing about one of these days); Baby Tonight remains his only solo album, though he continues to perform with the Jacksons to this day. Which, for a self-described “background Jackson,” isn’t such a bad thing all in all.

It’s hard to believe, but there’s only one more day of Jheri Curl June! We hope you’ve been enjoying it as much as we have. Feel free to catch up with the playlists below, and we’ll be back one more time tomorrow!