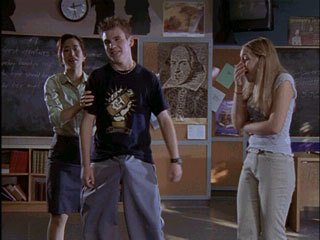 In one of the first posts for Jheri Curl June this year, Callie talked about how the Minneapolis Sound sprawled out from its chief originator, Prince, to encompass all kinds of solo and side projects by his ex-associates. Today, we close our last full week of the month with one of those side projects: a little-known group called dáKRASH, assembled and produced by the Time‘s Jesse Johnson.

Johnson was a rare quasi-equal during his stint in the Prince camp; he was, for one thing, the only actual member of the Time to play on the studio tracks for their 1984 album Ice Cream Castle, laying down the classic “sexy solah” for Purple Rain hit “Jungle Love.” So it should come as no surprise that dáKRASH puts a recognizably “Jesse Johnson” spin on their own 1988 slice of Minneapolis jheri curl, “Wasn’t I Good to Ya?”

Co-written by Johnson and dáKRASH keyboardist Bryan Tate, “Wasn’t I Good to Ya?” bears its producer’s imprint with its hard-hitting take on the Minneapolis jheri-curl sound. Gabriel Acevedo’s drums knock harder than most–it can’t hurt that they’re live, rather than programmed–and of course, Gary “Dee Dee” James’ guitar is right up front in the mix. It’s obvious, from photos of the band and the music video above, that they were going for a kind of hard-rock, “punk-funk” image; either that or they all just accidentally stuck their fingers in light sockets before the camera man showed up. Whatever the case may be, “Wasn’t I Good to Ya?” is a forgotten jheri-curl gem, and proof that Prince, Jimmy Jam, and Terry Lewis didn’t hold a monopoly on the Minneapolis Sound.

We’re almost done here, but there are still a few days of June left next week…see you then!