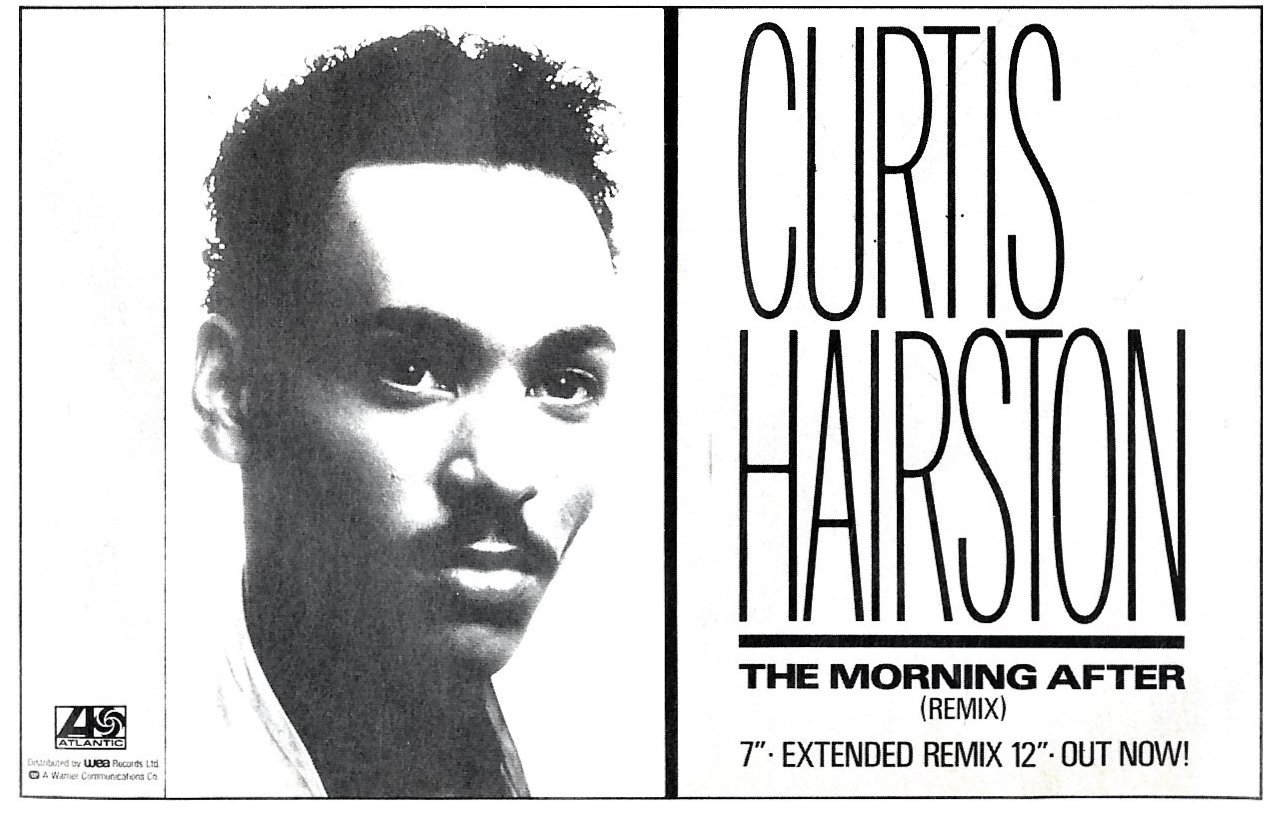 As we round the corner into the last days of Jheri Curl June, today’s pick is another repeat induction into the JCM Hall of Fame. You may recognize Curtis Hairston as the lead vocalist for the 1985 album Genie by the B.B. & Q. Band, who we spotlighted back in 2016. This time, however, we’re talking about Hairston’s 1987 solo track, “The Morning After”: the third and final single from his self-titled Atlantic Records debut–and, sadly, his last single as a solo artist. “The Morning After” wasn’t a hit in the U.S., but it did chart in the U.K., where Hairston remains better known; and the combination of the singer’s soaring tenor with those slick keyboards makes it the perfect song to slide into the weekend with.

You can listen to “The Morning After”–and the rest of our picks so far–on the Spotify and YouTube playlists below. We’ll be back next week for just three more days, after which we must sadly return our ceremonial Jheri curl wigs to the Dystopian Dance Party Vault for another year. Still, we’ve got some more great songs in the pipeline, so we’ll see you again soon!