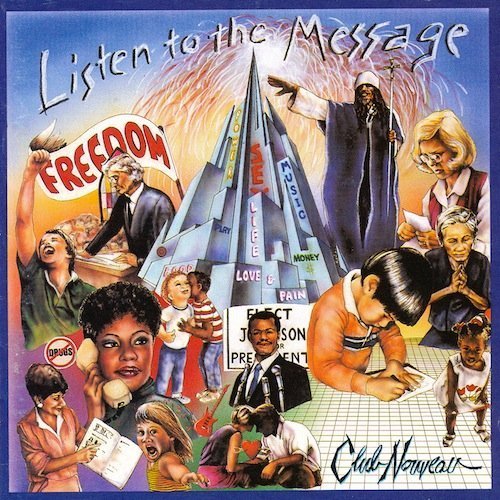 We opened this year’s Jheri Curl June with a socially conscious Jheri Curl song. Well, here’s an entire album of Social Justice Jheri Jams. Appropriately titled Listen to the Message, Club Nouveau’s second album is an overt political statement that you can dance to. The opening track, “It’s a Cold Cold World,” has lyrics about poverty, homelessness, war, and racism over a knocking beat.

Listening to this song, recorded over 30 years ago, really drives home the fact that things aren’t getting better and the hour is surely getting late, both for humankind on this planet and for Jheri Curl June. We only have two more days in June, folks! But don’t worry, we will (probably) be back next year.

In the meantime, check out the playlists below and stay tuned for the final days of Jheri Curl June 2021!