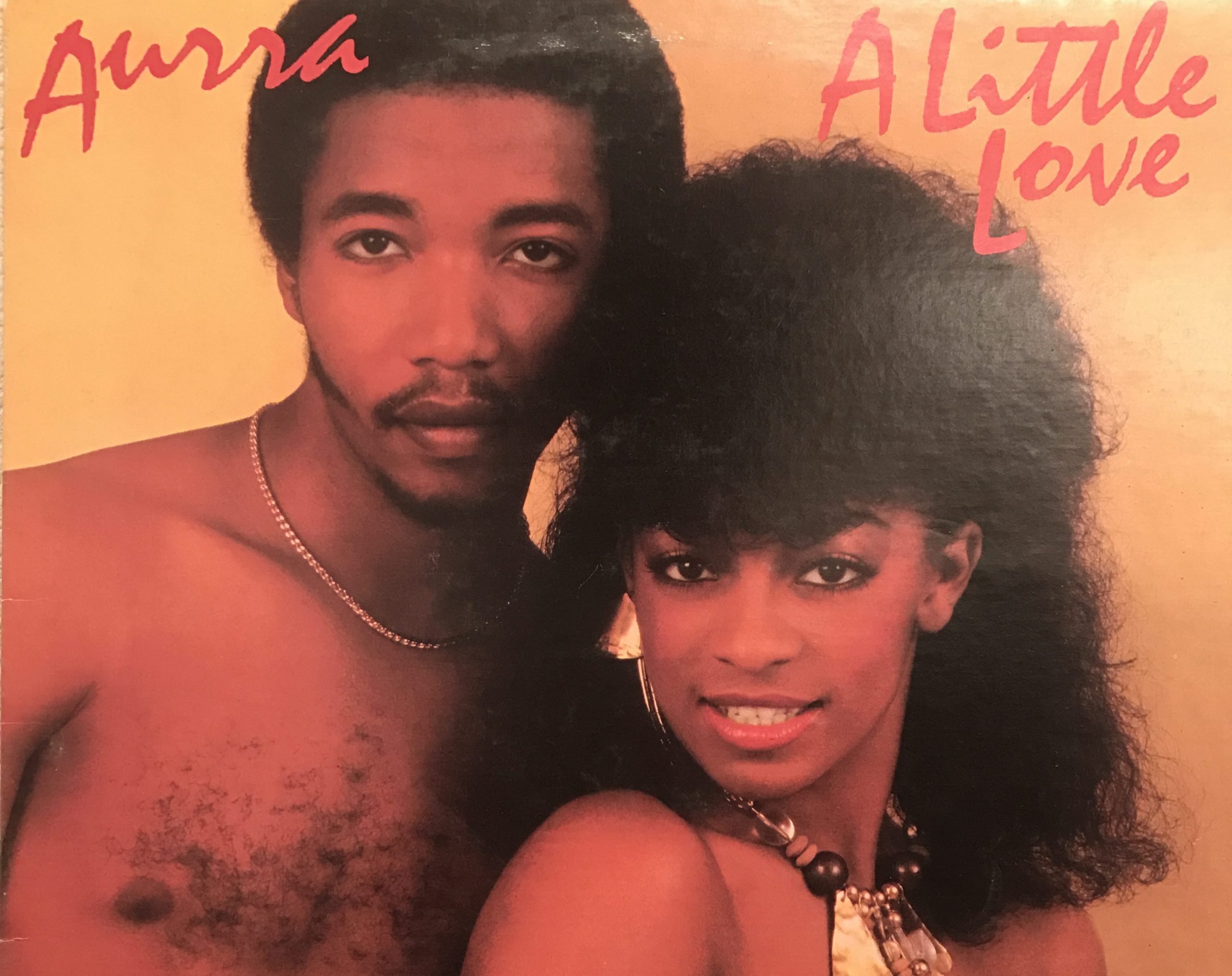 Dayton, Ohio’s Aurra began life as an offshoot of Jheri Curl June Class of 2015 and 2017 members Slave, led by multi-instrumentalist Steve Washington with guitarist and singer Curt Jones, singer Starleana Young, and arranger/multi-instrumentalist Charles Carter all in tow. By their third album, 1982’s A Little Love, Carter had departed (replaced by a whole mess of synthesizers) and the group’s focus had shifted firmly to Jones and Young, with Washington taking more of a behind-the-scenes production role. They had also become what the kids today would call “Jheri Curl af.”

The album’s opening track, “Make Up Your Mind”–released as a single in late 1981–has it all: a squirming synth line, robotic pulsing bass, sensual male and female vocals, and a surprisingly scintillating guitar solo by Washington. The perfect soundtrack to preparing your jheri curl for a long night of throwin’ down on The Scene‘s dance line, circa 1982.

Check out our playlist on Spotify and YouTube below, and come back tomorrow for more vintage Jheri Curl action!