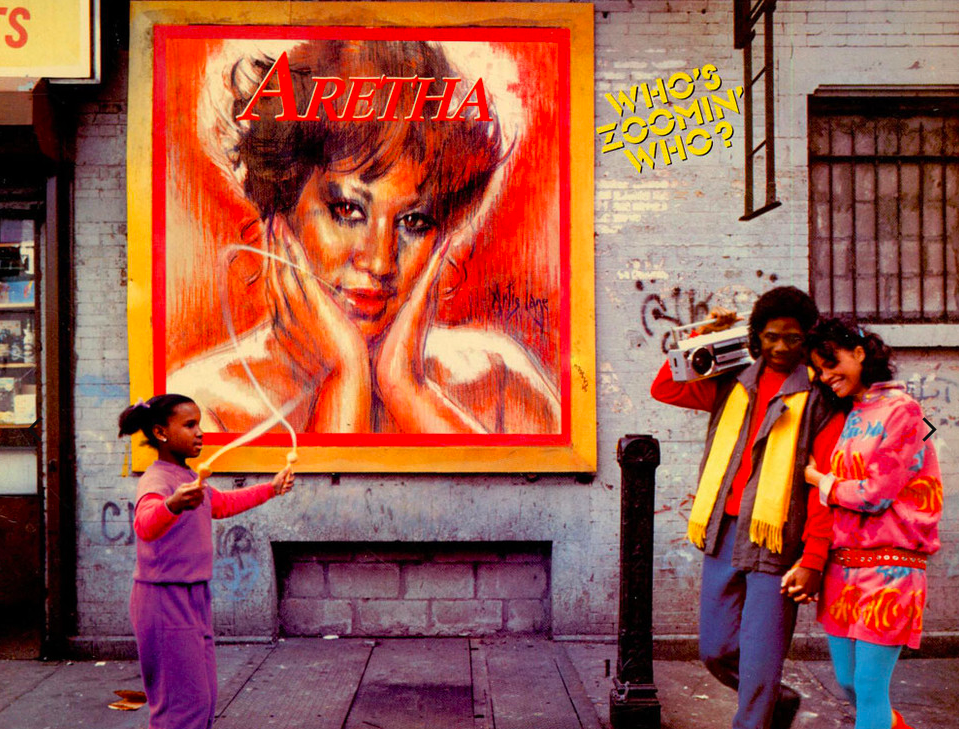 Last summer when we lost Aretha Franklin, I realized what a massive oversight it was that we hadn’t inducted her into Jheri Curl June yet. Aretha became known as the Queen of Soul for her ’60s hits including “Respect,” “Chain of Fools,” “Think,” “(You Make Me Feel Like) A Natural Woman,” and “I Say a Little Prayer”; but it’s her 30th (!!) studio album, Who’s Zoomin’ Who?, that qualifies her as a Jheri Curl Chanteuse.

Who’s Zoomin’ Who? was recorded and produced with a younger, more contemporary audience in mind, hence its Very Jheri production: slick synthesizers, a programmed drum machine beat, and a rhythm guitar that bounces like soft, wet curls.

Also, fun fact: when Aretha passed, she still owed about $3 million in taxes to the IRS. Who’s zoomin’ who indeed.