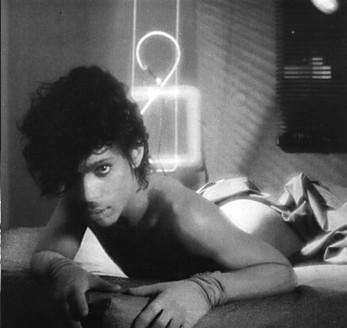 My critical faculties have been wrestling with this question since 2012, when I first heard his solo debut album Based on a T.R.U. Story. For the record, I like 2 Chainz. I’m well aware of his shortcomings–this is, after all, the guy whose 2012 freestyle Funkmaster Flex recently called out as the worst ever on his show–but I also think he’s (usually) a far cleverer lyricist than his critics give him credit for. He plows the obsessive furrows of contemporary mainstream hip-hop–namely dope peddling, conspicuous consumption, and “big booty hoes”–with a dirty-limerick wit and class-clown exuberance that, for me at least, overcomes the monotony of those well-worn themes; this might say more about my sophomoric sense of humor than it does about the Artist Formerly Known as Tity Boi, but I can’t think of another modern-day rapper who makes me laugh out loud as often as he does. So yeah, I like 2 Chainz. But take him seriously? Hell, like I said–I’m not even sure 2 Chainz takes 2 Chainz seriously.

A few recent events, though, have led me to suspect that there might be more to 2 Chainz than meets the eye of even a confessed apologist like myself. First, there was the performance I caught from his 2 G.O.O.D. 2 Be T.R.U. tour this February at the Midland Theater in Kansas City, Missouri. The show was a multimedia sensory overload, with three video screens onstage blaring specially-created imagery to accompany the songs. Some of that imagery, of course, was exactly what you’d expect from a 2 Chainz show: the literally larger-than-life rumpshakers for “Twerk Season“; the extended (and ludicrous) acrobatic sex scene starring Mr. Chainz himself (in silhouette, mercifully) that introduced “Used 2”; the hood-Michael Bay action theatrics of “Riot.” But then there was the montage that opened the set, interspersing narration by Chainz with footage of monumental figures from not only hip-hop, but also sports, film, even politics: from Mike Tyson, Muhammad Ali, and Sylvester Stallone as Rocky Balboa to–I shit you not–Malcolm X and Martin Luther King, Jr. It was absurdly hyperbolic, of course, but also unexpected enough to make me sit up and take notice; this was the kind of self-conscious grandstanding one would expect from 2 Chainz’ label boss and sometimes collaborator Kanye West, not from the man Pitchfork recently described as “rap’s court jester of the moment.” Here was the reigning figurehead for boneheaded Atlanta trap-rap, explicitly writing himself into hip-hop history, Black history, and American history all at once.

Then, there was Chainz’ interview with MTV News this month, promoting his newly-released EP-length mixtape FREEBASE. In this case, what was surprising was the artist’s candor: a man whose near-entire recorded body of work has been dedicated to extolling the virtues of “bad bitches” and expensive jewelry was now reflecting on the death of his father, his friends “trapping” out of his mother’s driveway during adolescence, and the painful memories of selling drugs to a “loved one.” What’s more, he was doing it with the awareness that this kind of introspection was not what his fans expected–or even, he suggested, wanted–to hear from him. “Coming from the mixtape era, you learn what people want from you,” he told interviewer Rob Markman. “And people accept really mainstream, ratchet music from me, as far as my fanbase. They like to go party, they like to turn up. But it is, music has always been therapeutic to me, and it’s a therapeutic side to me. It’s a place where I–because I don’t write diaries, I don’t write, period, it’s a place where I can go to get things off my chest. Every now and then, they just raps… just putting words together and showing that you have the ability to come up with certain cadences. And then you have them certain songs that just kinda dig in; touch a few buttons that deal with the reality of where you come from.”

Finally, there’s FREEBASE itself; and, well, it both is and isn’t a confirmation of this more ambitious, introspective side of 2 Chainz. On the one hand, he’s no longer implicitly comparing himself to the likes of X and King; instead, on opening track “Trap Back,” he samples a scene from the absurdist 2011 Will Ferrell/Adam McKay comedy Step Brothers (not, unfortunately, the scene where Ferrell puts his scrotum on John C. Reilly’s drum set). It’s certainly more appropriate company for 2 Chainz than civil rights martyrs, but it feels both more arbitrary and less effective than when Jay-Z and Kanye West sampled Ferrell’s Blades of Glory for “Niggas in Paris.” Later, on “Flexin on My Baby Mama,” Chainz vows his simultaneous devotion to his children and dedication to showing up their mother, all while bemoaning “Damn, I shoulda wore a condom.” In other words, if you were worried this would be 2 Chainz’ “mature” record, worry no longer.

But on the other hand, there’s the title track, and the line that sparked his confessional moment in the MTV interview: “Sold drugs to my loved ones, and it’s hard for me to admit it / The first time I seen a crack pipe was in my parents’ kitchen.” It’s an incongruous line in an incongruous song; certainly it sticks out like a sore thumb alongside the song about how big Chainz’ closet is (though, in his defense, when your crib’s so big a dinosaur could run through that shit, it makes sense for the closets to be in proportion). But it’s more than just an odd track on this EP: it’s also a far more somber, bleak, and self-aware song than even the grittiest of 2 Chainz’ earlier street-centric material. There are still plenty of thug-life boasts, to be sure–including a direct threat to the aforementioned Funkmaster Flex–but the dominant feeling has less to do with cartoon-criminal swagger than with the relief of a survivor; the song’s hook is just a stark, pained repetition of the words “I came from nothing.”

None of this, of course, is anything new to rap music in general, and it could be convincingly argued that at this point the “tortured thug” motif is as aging a trope as the, well, “anything-else thug” motif. But coming from a rapper with a reputation for paper-thin (if, I maintain, often hilarious) punchlines, it feels like a step in the right direction. 2 Chainz’ fans might expect “mainstream, ratchet” music from him, and he certainly knows how to deliver, but it would be nice to hear him continue to dig a little deeper into his emotional reservoirs–and without the commercial pressures of a conventional album release, a free mixtape like FREEBASE could be just the place to do it.

For that matter, maybe that Will Ferrell reference was àpropos after all. 2 Chainz and Ferrell actually have a lot of common if you think about it: both are artists of quirky yet unrelentingly broad sensibilities, whose respective approaches to hip-hop and comedy are as absurdly inspired as they are completely lacking in subtlety. In recent years, however, Ferrell has been quietly carving out a side career for himself in more nuanced indie films like Adam Rapp’s Winter Passing (2005) and Dan Rush’s Everything Must Go (2010). It isn’t that Ferrell has somehow “matured”; last year’s Anchorman sequel is proof enough of the contrary. But he’s allowing for himself a fuller range of expression. So when 2 Chainz’ B.O.A.T.S. III comes out, sure, let that be his Anchorman 3: I’ll enjoy the hell out of it with all the other “mainstream, ratchet” fans. But after that, I’d love to hear something else in the vein of “FREEBASE.” I still don’t know if 2 Chainz takes himself seriously–at least in the sense of the word that critics like to use–but I believe he has it in him to try.