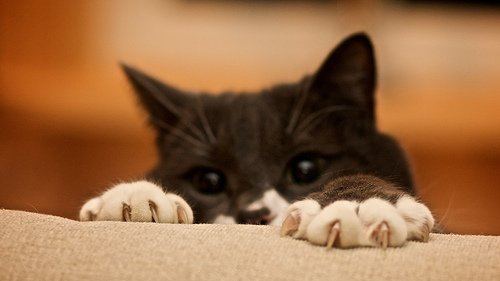 This Friday, my girlfriend and I will be driving up to New York City for a short weekend trip. That means it’s time for another edition of Dystopian Road Mix, the recurring feature in which I simulate what it feels like to drive cross-country with me while I sit in the passenger seat and drone on about the musical history of the cities we pass. And, because our destination is arguably the single most important city in American popular music, this one is going to be a two-parter: today’s first part will cover the actual road trip from Virginia to New Jersey, while the second part will be devoted to N.Y.C. itself and posted sometime next week.

So let’s hit the road, and document some more of the East Coast’s pop geography. As always, here’s the Spotify list for those of you following along at home:

For this trip, we leave from Alexandria, Virginia and pass through Washington, D.C. and Baltimore: three cities that were already covered in the sixth, fourth, and fifth installments of this series, respectively. The first new territory we cover is Wilmington, Delaware, about two hours into the trip. And appropriately enough, given our destination, we’re starting with an artist who was born in Wilmington but made her name in New York: jazz singer Mary Elizabeth “Betty” Roché, best known for her 1952 cover of Duke Ellington‘s and Billy Strayhorn’s post-Harlem Renaissance classic “Take the ‘A’ Train.”

Arguably the more immediate contribution to Wilmington’s jazz legacy, however, was trumpeter Clifford Brown. A rising star of early 1950s hard bop, Brown died tragically in a car crash in 1956; he was only 25. Today, Wilmington’s annual jazz festival, held in historic Rodney Square, is named after him. Brown also may have indirectly inspired a more contemporary figure in jazz music: he was friends with the mother of critically acclaimed avant-garde pianist Matthew Shipp, who grew up in Wilmington and briefly attended the University of Delaware in nearby Newark.

Wilmington also boasts a rather scattered history of rock artists. Johnny Neel, now based in Nashville and best known for his work with Dickey Betts, the Allman Brothers, and Gov’t Mule, actually got his start as a kind of 12-year-old Mitch Ryder with a regional hit, “Talking About People” by “Johnny Neel and the Shapes of Soul,”  taking off on local radio in the mid-’60s. That’s not on Spotify, though, so instead here’s “Full Tank of Love”: a road trip-suitable track from Neel’s 2000 album Late Night Breakfast,

in which he notably neglects to namecheck Wilmington alongside much cooler cities like Jackson, Mississippi, New Orleans, and Memphis.

Another Wilmingtonian who went on to associate himself with a cooler city is none other than Tom Verlaine of New York punk innovators Television; we’ll obviously talk about them soon, but in the meantime, here’s “Kingdom Come” from Verlaine’s self-titled 1979 solo album

. And to be honest, I’m starting to feel a little like I’m picking on Wilmington, so here’s one rocker who was so unashamed of his roots in the city that he actually named his band the Delaware Destroyers: Mr. “Bad to the Bone” himself, George Thorogood.

Next, we have an artist who’s tough to pin down to any one city: born in Rochester, New York, raised in Baltimore, and made famous in Harlem, big band icon Cab Calloway actually spent the last years of his life in a retirement community in nearby Hockessin; his time in northern Delaware is commemorated by a middle school in his name, the Cab Calloway School of the Arts on DuPont Road in Wilmington. And then, of course, there’s quite possibly the most famous Wilmingtonian of them all: Bob Freaking Marley.

Okay, I’ll admit, claiming Bob Marley as a resident of Wilmington is pretty much the definition of specious. Yes, he did reside there for a couple of years in the mid-’60s, where he worked on the assembly line at a Chrysler plant and as a lab assistant for DuPont while saving up the money to found Tuff Gong Records; but let’s be real, that’s not what anyone is thinking about they think “Bob Marley.” Marley’s son Stephen, however, has a more legitimate claim on a Yankee heritage, should he ever want to make it: he was actually born in Wilmington in 1972. So here he is with Maryland rapper Wale and the cast of the Broadway musical FELA!

, singing a song called “Made in Africa” like we all don’t know that he was actually made in Delaware.

After Wilmington, we’ll pass through Philadelphia, but I actually want to save that city for a more extensive exploration at a later date. So let’s pick up about an hour up I-95 in Trenton, New Jersey. Like Wilmington, the capitol city of New Jersey has a modest but in some cases surprising musical history. For example, Trenton is the birthplace of George Antheil: an avant-garde composer best known for the soundtrack of Fernand Léger’s and Dudley Murphy’s 1924 modernist short film Ballet Mécanique.

Somewhat less surprisingly, Trenton was also the early home of trumpet player Johnny Coles, who played with everyone from Bull Moose Jackson to Gil Evans to Charles Mingus. And, though they would come to be more closely associated with Philadelphia, both Nona Hendryx and Sarah Dash of Labelle were born in Trenton. More recently, conscious hip-hop crew Poor Righteous Teachers (of “Rock Dis Funky Joint” fame) hail from Trenton as well.

Another 45 minutes or so up the road from Trenton is New Brunswick, which has been home to a more discrete, if not always high-profile music scene. Obviously the biggest act to come out of the New Brunswick area is Bon Jovi–actually from nearby Sayreville–whose unlikely but radio-friendly combination of glam metal and heartland rock made them the biggest rock group to come out of Jersey since the E Street Band. But New Brunswick also maintained a grassroots “college rock” scene thanks to clubs like the Court Tavern, where local groups including the Smithereens first came to prominence.

), ska-punks Inspecter 7 and (from East Brunswick) Catch 22, punk-punks the Bouncing Souls, and melodic hardcore/emo group Lifetime. And then there are the outliers: jazz-pop chanteuse Jeanie Bryson–the daughter of songwriter Connie Bryson and jazz legend Dizzy Gillespie–grew up in East Brunswick, while Bangladeshi tabla maestro Badal Roy settled there after coming to prominence in New York City. From the 1990s to the 2010s, East Brunswick was also home to the now-disbanded thrash metal warhorses God Forbid.

Our next major stop along the New Jersey Turnpike is Newark: another city, like Wilmington, with a small but distinguished jazz heritage. Yes, it was the birthplace of easy-listening bandleader Ted Fio Rito; but it also gave us Sarah Vaughan, Wayne Shorter, and Woody Shaw–all alumni of the Newark Arts High School in University Heights. Meanwhile, Connie Francis, another Arts High School attendee, helped put Newark on the pop-rock map with her 1957 cover of Ted Snyder’s “Who’s Sorry Now?”

Newark is of course also home to the “Jersey Boys

” themselves, Frankie Valli and the Four Seasons, who toiled away on the East Coast circuit as “the Four Lovers” before finally breaking through with the nationwide 1962 hit “Sherry.” But today, it’s most notable for its Black musical tradition. Melba Moore (yet another Arts High School grad) spent time in Newark before scoring widely-sampled R&B and disco hits like 1977’s “Promised Land.” Disco diva Gloria Gaynor also grew up in Newark; and gospel singer Emily “Cissy” Houston raised a daughter there who you might have heard of–a modestly successful pop singer and reality TV star named Whitney.

Early ’90s hip-hop duo Artifacts came out of Newark–the “Wrong Side of Da Tracks,” more specifically. And while the Fugees famously named themselves after founding member Wyclef Jean‘s roots as a child of Haitian refugees, they actually got their start at South Orange‘s Columbia High School, where Lauryn Hill and Pras were both enrolled. The Fugees were associated with another Newark-area rap collective, Outsidaz, who are represented here by 2001’s “Who You Be”–which features yet another Newarker, Redman. And on the softer side of things (at least musically), Bad Boy Records songbird Faith Evans was also born and raised in Newark.

Now we’re almost to the Holland Tunnel, but we have a few more stops on our itinerary before we sign off. Jersey City has been home to many well-known musical figures: most notably Frank Sinatra, who was of course actually born in nearby Hoboken (more on that later), but, per the Jersey City History website, moved away “as soon as he was old enough to know better.” In addition to starting his career in Jersey City, Ol’ Blue Eyes also started a family. His oldest daughter, Nancy, was born there in 1940; Sinatra would record Jimmy Van Heusen’s “Nancy (With the Laughing Face)” in 1944 as a tribute. That same year, Frank’s second child was also born in Jersey City, but his lesser-known homage “Frank Jr. (My Greatest Disappointment)” remains unreleased.

But let’s be honest: here at Dystopian Dance Party, we’re less interested in Frank Sinatra than we are in Jersey City’s second most famous sons: Robert “Kool” Bell and his proverbial Gang. Kool & The Gang may be best-known today for perennial wedding reception jams like “Celebration,” but in their early days they were responsible for some surprisingly raw funk: try the aptly-named “Funky Stuff,” from 1973’s Wild and Peaceful

, on for size. Also coming out of Jersey City in the ’60s and ’70s were the confusingly-named Manhattans, who scored a big hit in 1976 with the country-flavored slow jam “Kiss and Say Goodbye.”

In more recent years, Jersey City served as a childhood home for Senegalese American singer/rapper/handy metaphor for when other rappers want to describe something as really, really black Akon, whose 2006 song “Mama Africa” is included here, presumably because “Mama New Jersey” just didn’t have the same ring to it. Christian-oriented R&B/rap duo P.M. Dawn also hail from the city; brothers Attrell and Jarrett Cordes, a.k.a. Prince Be and DJ Minutemix, actually grew up with founding Kool & The Gang member George Brown as their stepfather. Slaughterhouse rapper Joe Budden is also a Jersey Citian–and Just Blaze, his producer on 2003’s “Pump It Up,” is from Paterson just down the road. Last but okay-actually-kinda-least, aging emo kids Gerard and Mikey Way of My Chemical Romance spent their formative years being relentlessly bullied (I’m just assuming here) in Belleville.

Finally, we end this leg of the trip mere blocks from the Hudson River, in Hoboken. Since we’ve already touched on Sinatra, lets skip ahead to the 1980s, when Hoboken supported a decent alt-rock scene thanks to its close proximity to New York, not to mention its much more affordable rent. Power pop group the Bongos started out in 1980 as the house band at Maxwell’s on Washington Street; the club soon grew to a local institution, booking traveling alternative acts as well as local rising stars like Yo La Tengo, who rented out Maxwell’s for the eight nights of Hanukkah several consecutive years in the 2000s. Also, the Boss shot the video for “Glory Days” there–so, there’s your Springsteen reference as mandated for all posts about New Jersey.

As always, I’m sure I’ve missed plenty, but this was just a snapshot of the wealth of popular music history that exists along the Jersey Turnpike. Like I said, we’ll pick up again soon with an overview of New York City proper. Get ready, because that one’s probably going to be a monster.