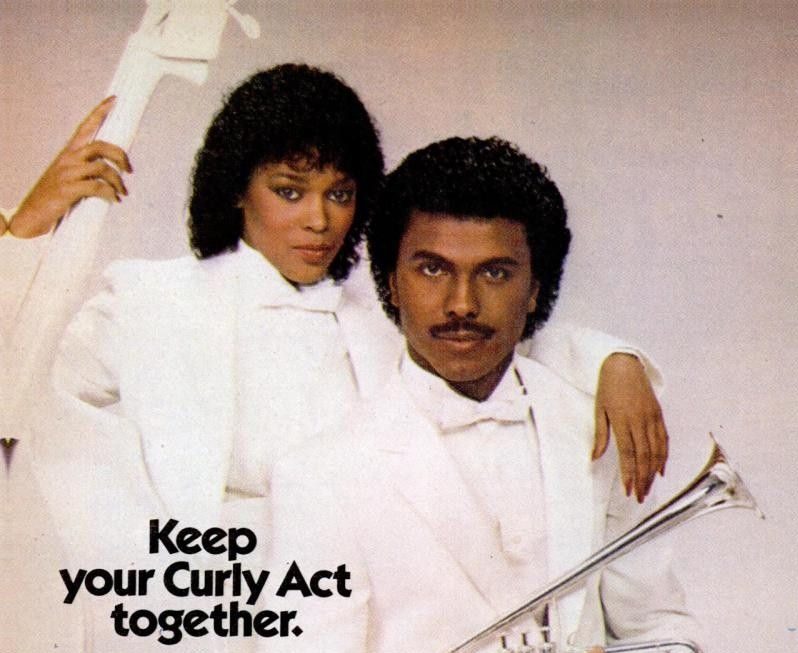 It was eight years ago to the day that we posted our first-ever installment of Jheri Curl June, our annual celebration of all things wet and silky in ’80s R&B. Since that fateful day, the profile of the once-forgotten genre we call “Jheri Curl Music” has risen immeasurably; just count the number of Super Bowls where Bruno Mars and company have trotted out “Uptown Funk.” Our profile, of course, has remained as rock-bottom as ever, but we digress; we love our JCM and are proud of having celebrated it for the past damn-near decade, even if we’ve long since accepted that nobody else is going to use the #jhericurljune hashtag.

That being said, when June 1 rolled around this year, we both greeted the advent of our holy month with a weary groan rather than the usual excitement–and that’s no way to feel during a time that’s supposed to give us joy. We could have slapped something together and faked our enthusiasm until the end of the month, but who wants to read that, much less write it? So, we’ve made the tough decision to have a quieter Jheri Curl June this year: no daily posts, just celebrating the reason for the season in the privacy of our own homes.

Still, we aren’t about to leave you entirely empty-handed. To cut down on the bloat of six separate JCJ playlists, we’ve opted to dump every song we’ve written about into one master playlist, which we will continue to update when the annual celebration inevitably returns. We made a TIDAL playlist first, since that’s Zach’s current streaming service of choice; Spotify and YouTube versions will follow in due course.

Also, even if we aren’t going all-out for JCJ this year, we’re still marking the occasion with a two-episode series of our Headbangers Book Club podcast devoted to On Time: A Princely Life in Funk by JCM hall-of-famer Morris Day. If you’re a fan of our stuff, but not the heavy rock that is HBC’s usual purview, this is your chance to experience our patented cocktail of literary analysis and affectionate mockery. And if you’re a regular HBC listener but not a fine of Morris and the Time, never fear, because Day’s memoir has all the ingredients of a Book Club classic (namely, absurd amounts of both hubris and cocaine). We’ll be posting our first episode, covering the first half of the book, around June 15, and the second episode around June 30; we hope you’ll follow along and chime in with your thoughts!

That’s all for now. Thanks for reading, and we hope that you keep the spirit of Jheri Curl June in your own way this year. We certainly will!