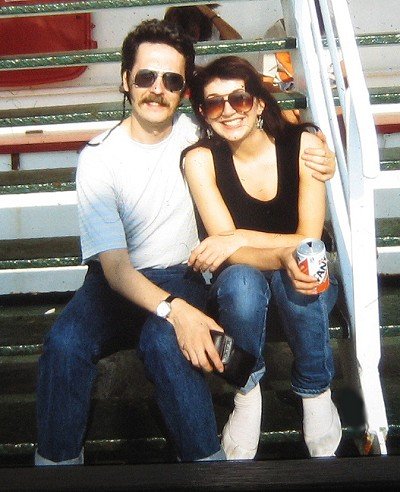 . But, like its star “Sad” Ben Affleck, I am fully aware of the film’s moribund reputation among critics. In particular, I’m aware of what has become the prevailing consensus among the negative reviews: that Batman v Superman is unrelentingly grim, dour, violent, and self-important; that, in short, it commits the cardinal superhero-movie sin of not being fun.

“Not fun” is of course a common complaint when it comes to the work of Batman v Superman‘s divisive auteur, Zack Snyder–sometimes for good reason (the aforementioned Man of Steel, which paradoxically managed to be both bombastic and boring), sometimes less so (Snyder’s 2009 adaptation of Alan Moore’s Watchmen, which included a hovercraft ejaculating fire and a translucent blue Billy Crudup hanging CGI-enhanced dong, both of which were pretty damn fun in my book). But it’s not just Snyder. The recent trilogy

of gritty, realist Batman films directed by Christopher Nolan were widely praised by both audiences and reviewers; dissenting voices, however, struck notes remarkably similar to the current discourse around Snyder’s Batman. Joe Morgenstern of The Wall Street Journal, for example, wanly described 2008’s The Dark Knight

as “an ambitious, lavish attempt to see if audiences will turn out for a comic-book epic that goes beyond darkness into Stygian bleakness, grim paradox, endless betrayals and pervasive corruption.” Quaint as it may seem from today’s perspective, several high-profile critics were similarly fatigued even by Tim Burton‘s stylized, darkly comic Batman

of two decades previous. The New York Times‘ Vincent Canby accused Burton and his fellow filmmakers of treating the material “with a kind of Langian intensity that has no point. It’s just there.” Meanwhile, Sheila Benson of the Los Angeles Times just shrugged: “Is it interesting? Fitfully. Is it fun? Not much, Gotham City fans, not much.”

Superhero movies are supposed to be fun: this is the truism on which our pop culture has operated since, one presumes, DC‘s flagship heroes appeared in their first respective film serials in the 1940s. And, to be fair, it isn’t all that bad, as rules of thumb go. Superheroes are fun, usually; kids love them–and kids still are the primary audience for superheroes, whatever else neckbearded fanboys and 30-something pseudointellectual pop culture bloggers might tell you–precisely because they’re so fun. I myself have argued in the past that it’s important not to lose sight of these characters’ inherent silliness. But superhero stories are a genre, not a tone. They are no more required to be lighthearted and frothy than, say, the Western; and, indeed, like that other venerable “boys’ adventure” genre, they can be capable of loftier thematic and even political undertones than simple escapism. So if the Western is allowed its Unforgivens

as well as its Stagecoaches

, then we need to allow the superhero film its Dark Knights–and yes, even its Batman v Supermen–as well as its Avengers.

Let’s be clear: this isn’t to say Batman v Superman can’t be a terrible movie on its own terms. Like I said, I haven’t seen it yet; but I’ve read enough synopses and heard enough firsthand impressions to get a pretty clear sense that it is, at the very least, a deeply flawed film, and possibly (/probably) a deeply stupid one. If its critical drubbing is deserved, as it seems to be, then far be it from me to protest; my quibble is less with the drubbing itself than with the terms on which it’s being carried out. Because I’ll admit, I think there are interesting ideas at the heart of this film. I like that it engages with relevant debates about xenophobia, preemptive war, and the degree to which the use of extraordinary power can be justified; these, to me, are the very reasons for the superhero story’s being, or at least the reasons for anyone over the age of 12 to engage with a superhero story. I don’t even mind the fact that Affleck’s Batman is portrayed as a pseudo-fascist authoritarian, while Henry Cavill’s Superman demonstrates a cold remove from human feelings I’ve seen more than one critic describe as sociopathic; these are fictional characters, not our actual loved ones, and hero archetypes are made to be deconstructed. If Snyder and co-writers Chris Terrio and David S. Goyer fail to make good on the promise of these thematic underpinnings, then that’s the real crime–not some nebulous lack of “fun.”

It’s important to insist on this distinction; because when critics so broadly accuse a superhero film–or any work of genre fiction–of taking itself too seriously, what they actually mean is that the genre in itself doesn’t deserve our serious attention. This kind of elitism was understandable when it was coming from highbrow critics like Canby, mistaking a previous generation’s pulp for inherently richer art and blustering preposterously over how Burton’s Batman fell short of Fritz Lang’s 1922 Dr. Mabuse, der Spieler. But in 2016, with the average film critic as well-versed in comic books and other “trash culture” as in German Expressionist cinema, it’s nonsensical and, frankly, pernicious. The Atlantic‘s David Sims, for example, recently raised (legitimate) complaints about Batman v Superman‘s grim-dark tone, but he couldn’t resist couching his critiques in damningly faint praise for Marvel Studios’ “mixing levity into its formula.” This is, for one thing, a case of selective reasoning: there was a notable “levity” deficit in 2014’s dour superhero espionage drama Captain America: The Winter Soldier

, for example, and its upcoming sequel Civil War looks to be equally grim (see the trailer above). More importantly, however, it strikes me as a counterintuitive argument to be making in terms of aesthetics: favoring rote adherence to formula over more ambitious storytelling, simply because the machinations of genre and the blockbuster film industry demand an obligatory quotient of brisk action and funny quips.

Again, Batman v Superman (probably) isn’t a good movie. But critics–at least, if they’re both invested in the potential for commercial filmmaking to be art and suspicious of arbitrary cultural hierarchies–should be hesitant to place the blame for its failures on a lack of “fun” alone. There’s only a small leap between suggesting superhero stories have an intrinsic responsibility for levity and suggesting that they can’t accomplish anything more; and, if recent successes like the aforementioned Dark Knight and Marvel Studios’ Daredevil and Jessica Jones have proven anything, it’s that there is a lot of potential for superhero stories that are ambitious, challenging, and compelling without being “fun” in the conventional sense of the word. They can’t all be winners, of course: I’ll be the first to admit that I’m anticipating David Ayers’ Suicide Squad, which looks to be about as much fun as cutting my wrists, with active dread. But I’ll take even a dozen Suicide Squads over the elitist demand that superhero films entertain us, and dare do nothing more.